The HERING WORP Waste oil recycling plants substantially add to your bottom line by producing high quality base oils from used lube oils through a non-cracking evaporation type front-end treatment coupled with our HERING RCPS or AMPS for polishing the output oils. 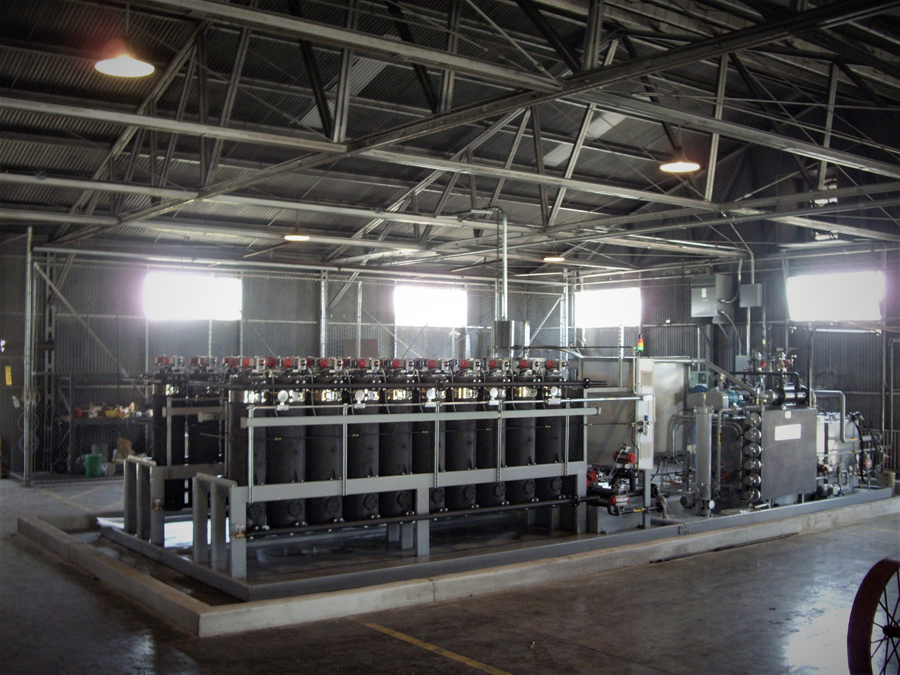 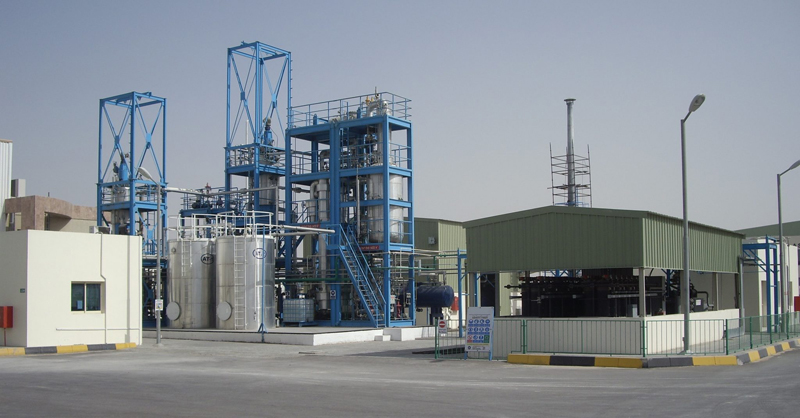 When you consider that you need 160 litres of crude oil to produce 2½ litres of high quality lubricating oil but only 4 litres of used oil to produce the same 2½ litres of the same quality oil then it does not make sense to incinerate or otherwise dispose of used oil. The HERING WORP used oil re-refining system has a comparatively small footprint, generates much of its own fuel from the feedstock being processed and with conversion costs as low as US 10 cents per litre can add up to 3 times the sales value of the oil, once processed. These features combined with the comparatively low investment costs of this type of waste oil re-refining system and the high quality of the output base oils make the WORP from HERING VPT an excellent solution for your re-refining needs.

The WORP waste oil recycling plant from HERING VPT can run with any type of used lube oils as input – including, but not limited to, used engine oils, used spindle oils, waste turbine lube oils. After flash evaporating water and light ends from the waste oil, the residual hydrocarbon stream is smeared in a thin-film over a large surface area, under vacuum. By lowering the boiling point of the oil fractions, as they are subject to high vacuum, a number of cuts can be efficiently and economically separated and condensed, typically producing one medium viscosity base oil (~300N) or a low viscosity (~100N) and high viscosity (~500N) cut. The residue sludge can be sold as an asphalt extender, further increasing revenue from the processed waste. Base oil yields of 70% to 80% of the feedstock volume are typical, the balance is made up of water, light ends – which provide fuel for the NCE– and asphalt extender.

The base oil produced by a standard evaporation system will usually darken with time, potentially reducing its resell value. In the HERING WORP Waste Oil Recycling System, the base oil is stabilized and polished to further enhance its properties. The HERING RCPS clay finishing system is the perfect solution for this, and, thus, an essential part of our waste oil recycling plant. Alternatively, if clay based processes are not suitable for your needs, the HERING AMPS adsorbent mineral polishing system is your system of choice. The HERING finishing treatments yield high quality group I & group II base oils while requiring moderate capital investments and producing low amounts of waste that can be directly disposed at a local landfill without pretreatment. This makes our RCPS or AMPS finishing stage of the HERING WORP Waste Oil Recycling Plant an excellent economic & environmental proposition, see our clay based base oil finishing system section or alternatively our mineral based base oil finishing system page for more details. To know more about waste oil refinery plant contact us

From day 1 HERING supports your organization through its wide-ranging knowledge. We are able to provide full commercial justifications, tailoring essential ROI calculations to your particular case. Together, we will find the right HERING WORP used oil re-refining plant which fits your needs perfectly. As an illustration of the range of HERING WORP used oil recycling plant sizes available, consider the following table. These are broadly considered to be low throughput, medium throughput and high throughput – intermediate flow rates are available, too, of course.

* of NCE and RCPS/AMPS units only. No tanks farms, outbuildings or other civil engineering accoutrements are included

A large transport trucking company might easily generate over 200,000 litres of used oil per month. A Low throughput system could not only provide significant reductions on the lubricating oil bill but, subject to local regulations, could provide diesel fuel for the trucks. An RCPS or AMPS designed for sulphur reduction will easily remove sulphur down to <300 PPM from typical waste engine oils. Medium throughout systems are typically sought after by regional oil recycling companies that wish to supply base oil to blenders (or use their own blending plant), polished and colour enhanced recycled lube minimizes the amount of brightstock needed. High throughput systems are typically used by national recyclers and those organizations with a large collection area. We are one of the best used oil recycling plant manufacturers.

The WORP® Series of waste oil & used oil recycling plants from HERING has been specifically designed to transform used oil into quality base oil. The HERING WORP® is an economical way of waste oil re- refining which not only is beneficial from an investment perspective, but also from an environmental one. We have perfected the combination of various primary, separation and finishing treatment steps and incorporated them into the front-end and back-end systems of the HERING WORP® waste oil recycling plants. The front-end ensures proper dehydration and pretreatment of the used oil, such that it can then be high vacuum distilled to avoid cracking in the HERING NCE® non-cracking evaporation unit. 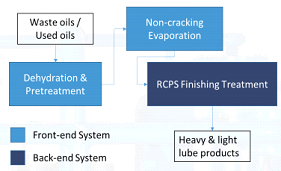 Our back-end system, the HERING RCPS® Series reactivation clay polishing unit, improves the waste oil distillates in terms of color, sulfur content and odor and, thus, leads to a valuable output oil product. This finishing treatment uses an adsorption type process to remove any unwanted chemical substances from the treated oil. The RCPS® has the ability to eliminate sulfur from 2000 PPM to less than 300 PPM in a single pass. Processing used oil through our WORP® waste oil re-refining plant results in an oil that is stable against oxidation over any measured timescale and fulfills the highest refining standards of output oils.

Product specifications
The Viscosity Index of the lights can be controlled to be anywhere between 50 to 80 and the viscosity at 100°C will be between 2 and 7.5 cSt

Recycling you used oils with the HERING WORP® Series provides you with: 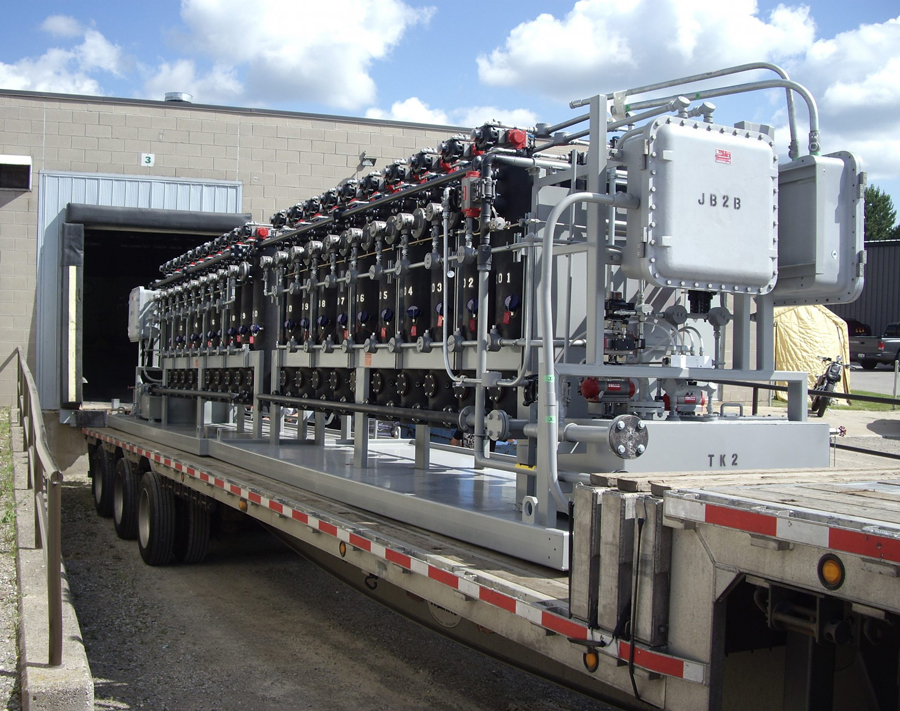 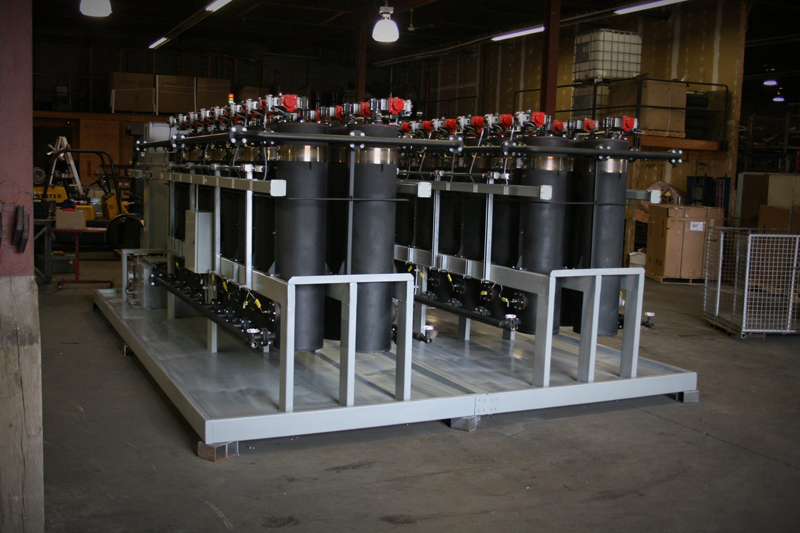 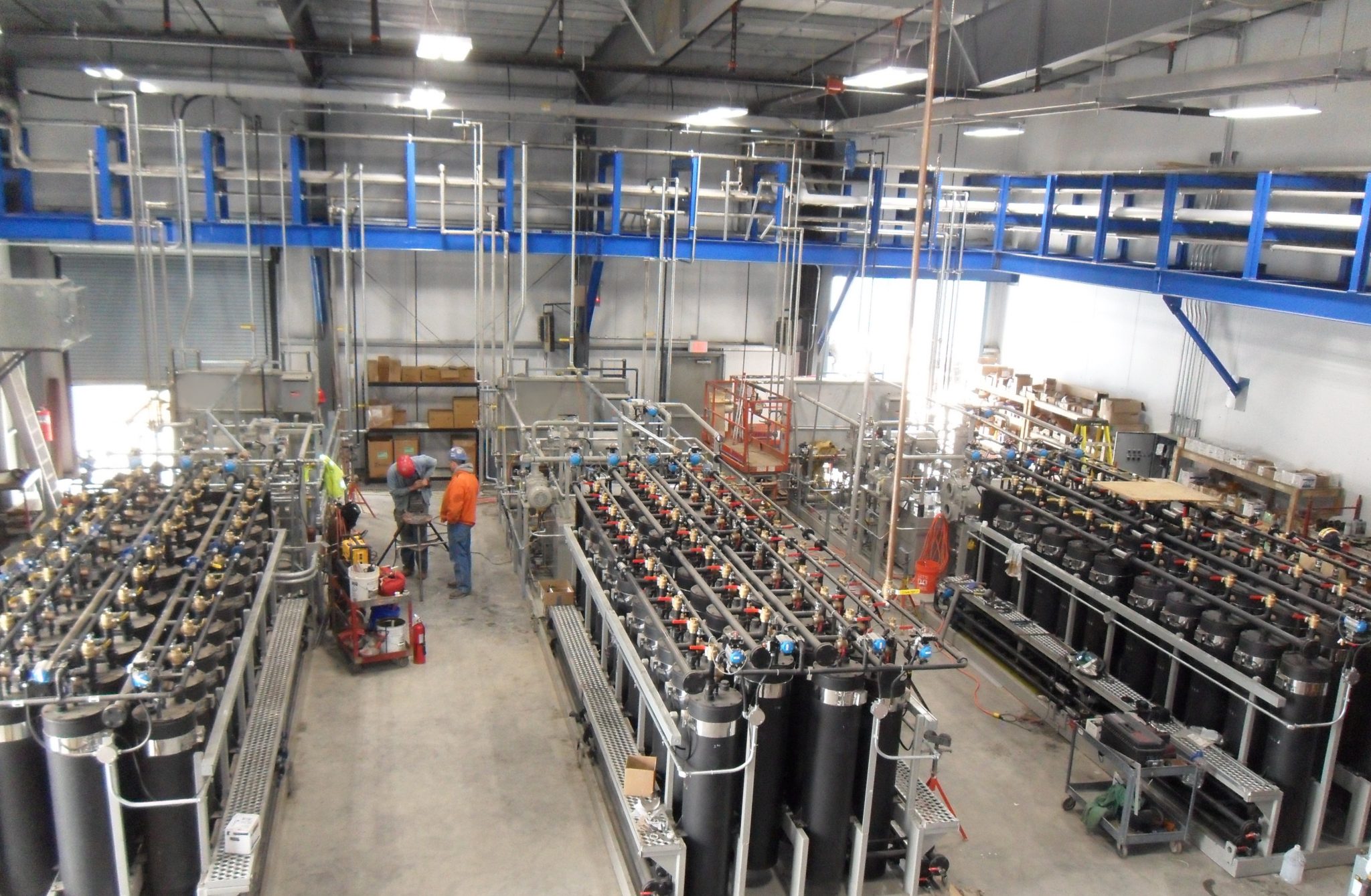 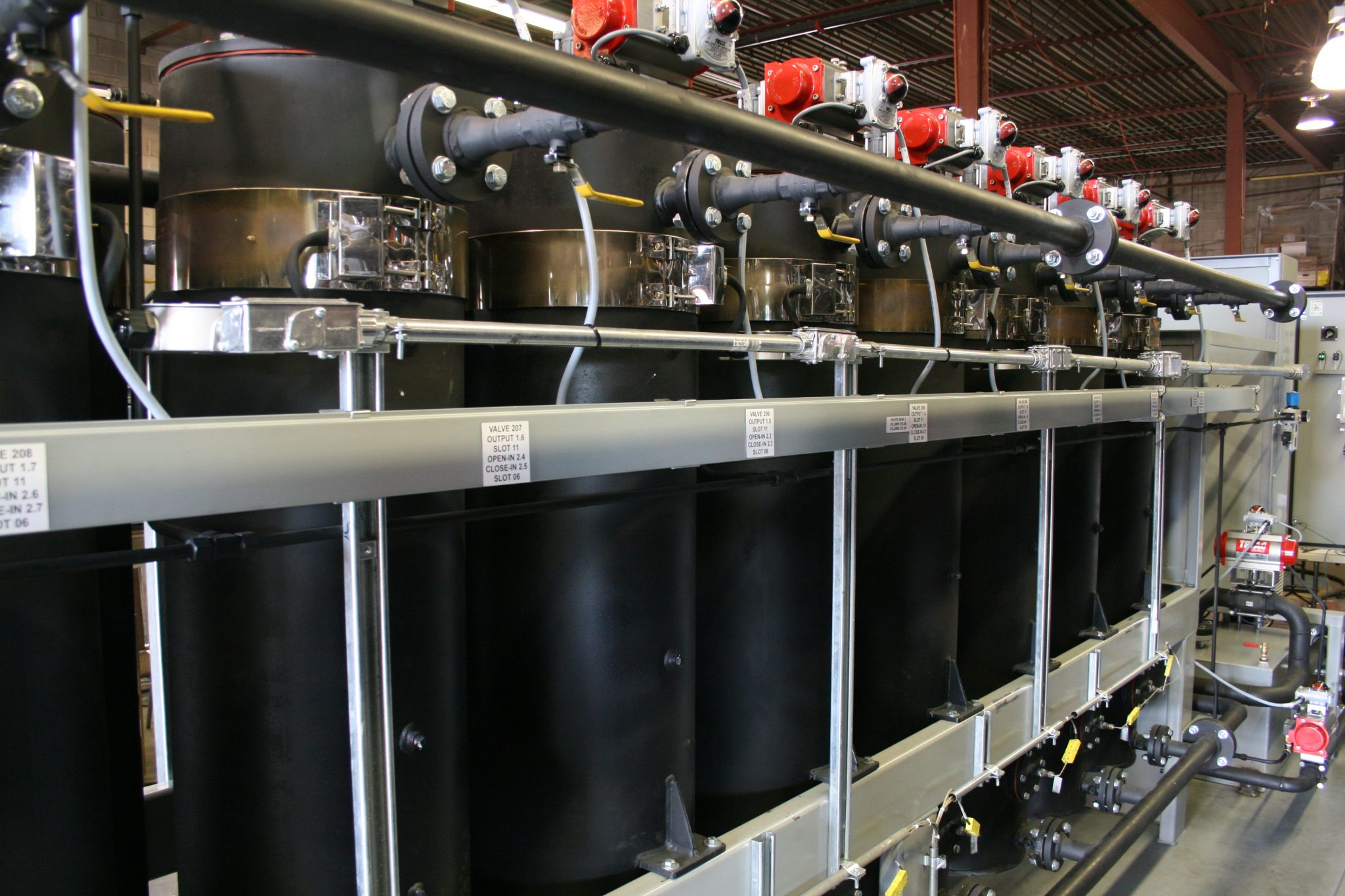 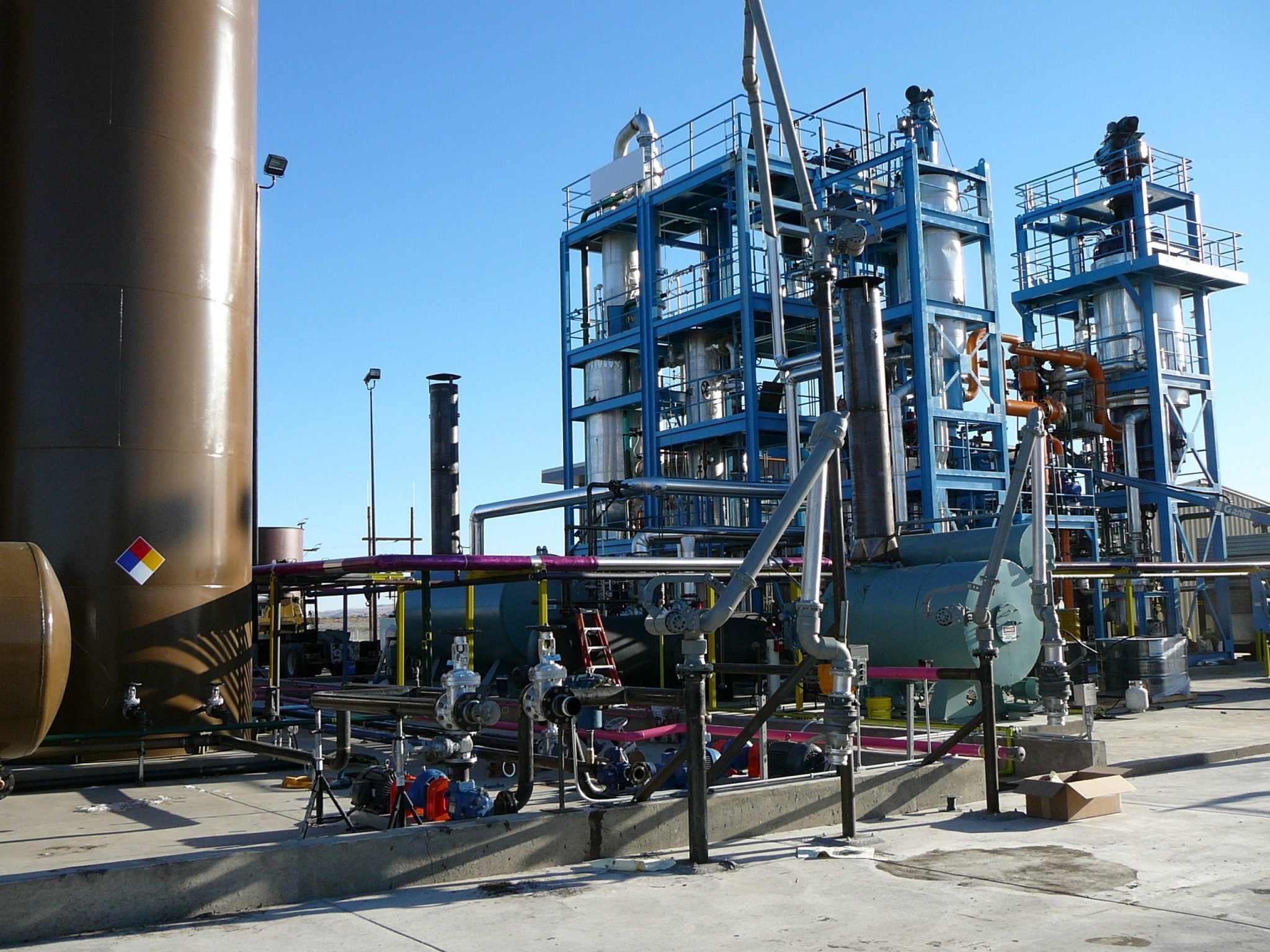 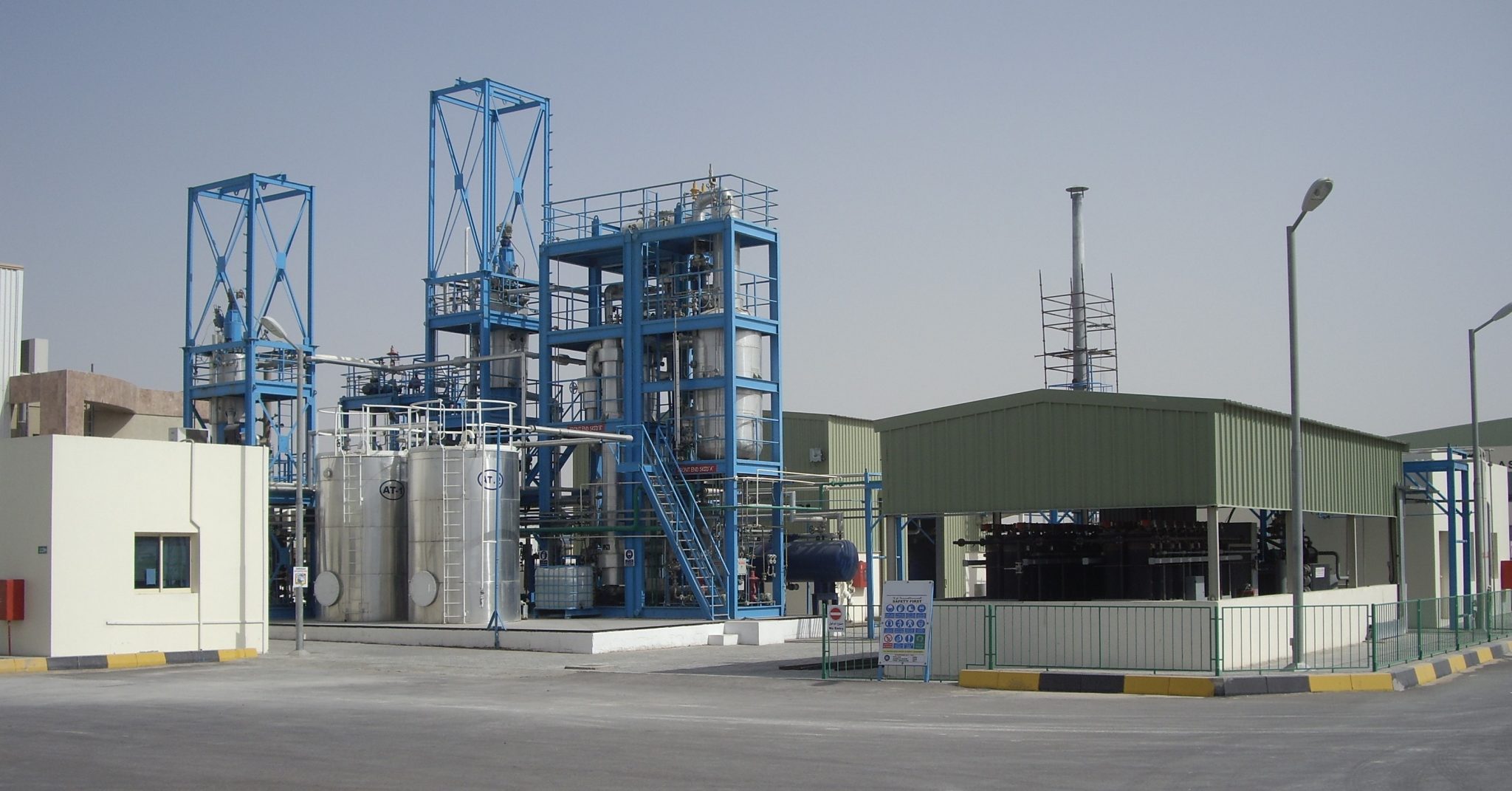 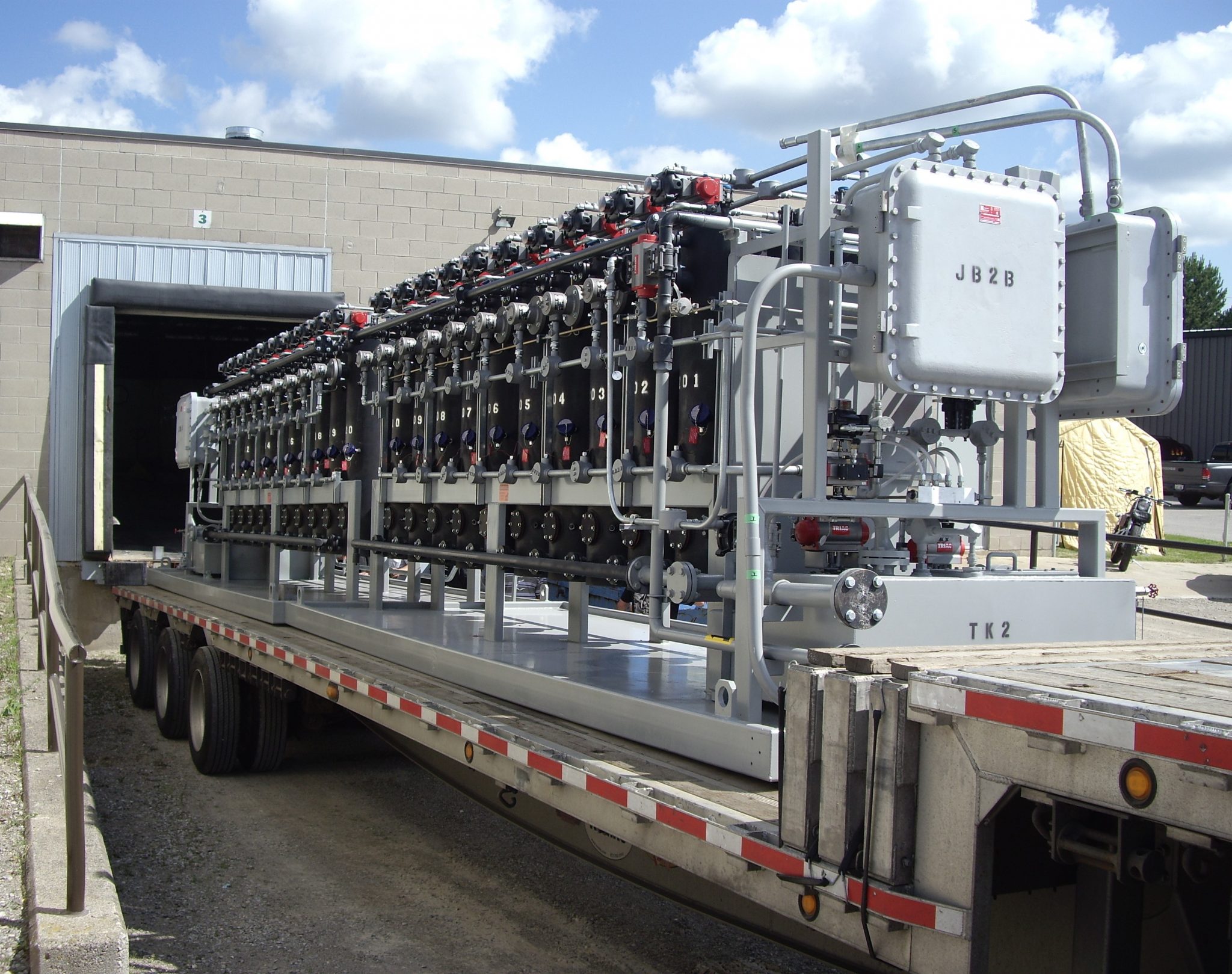 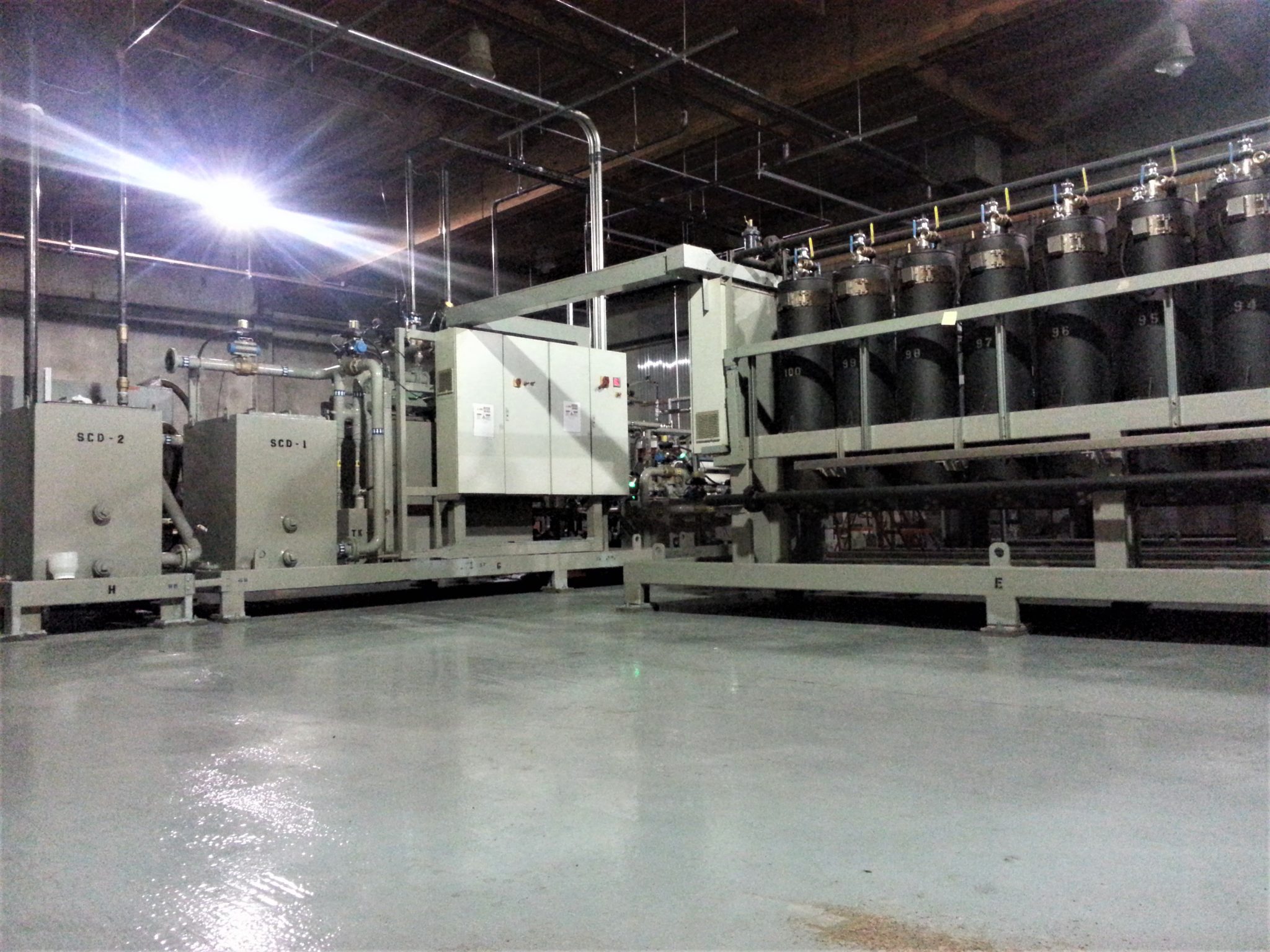 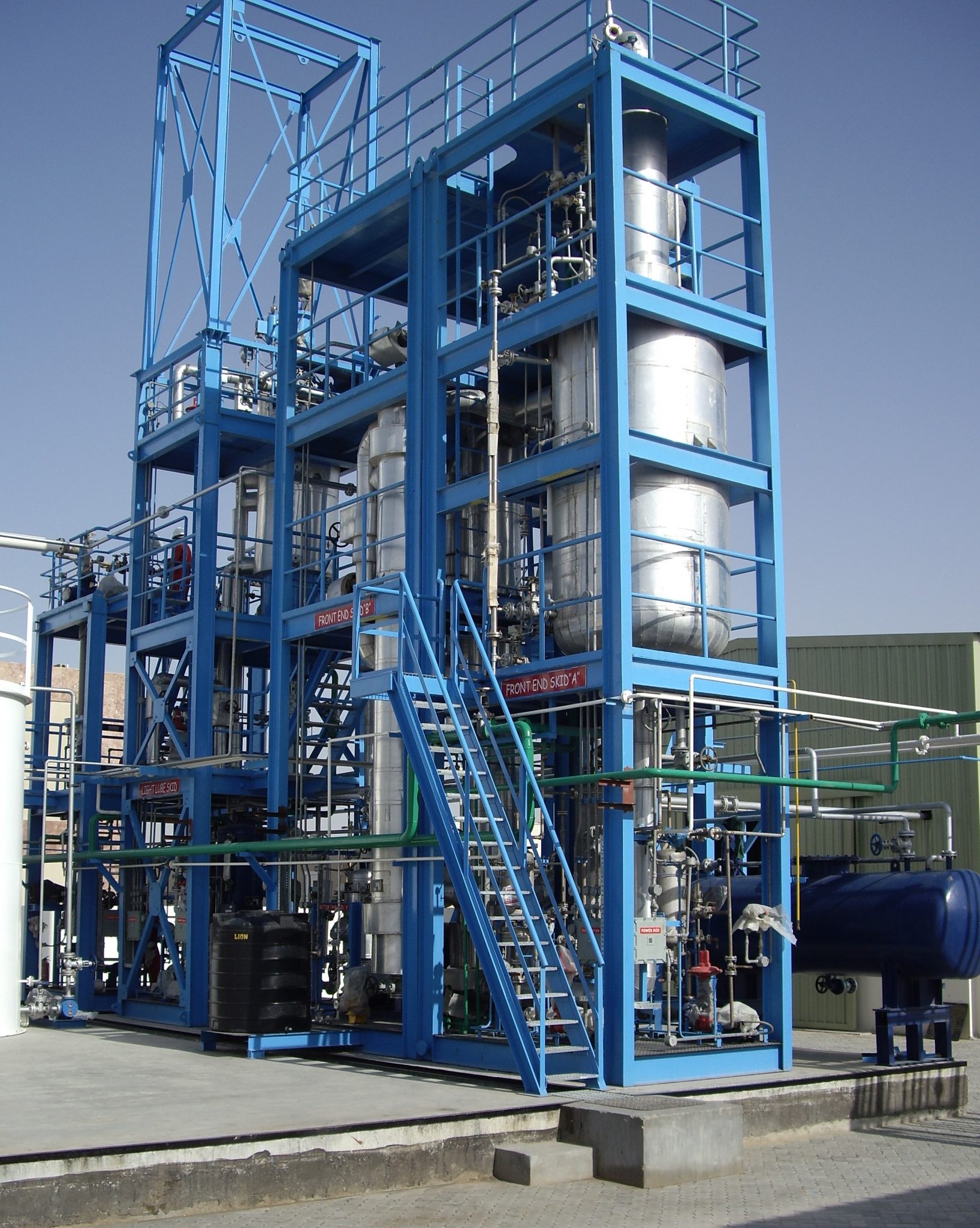 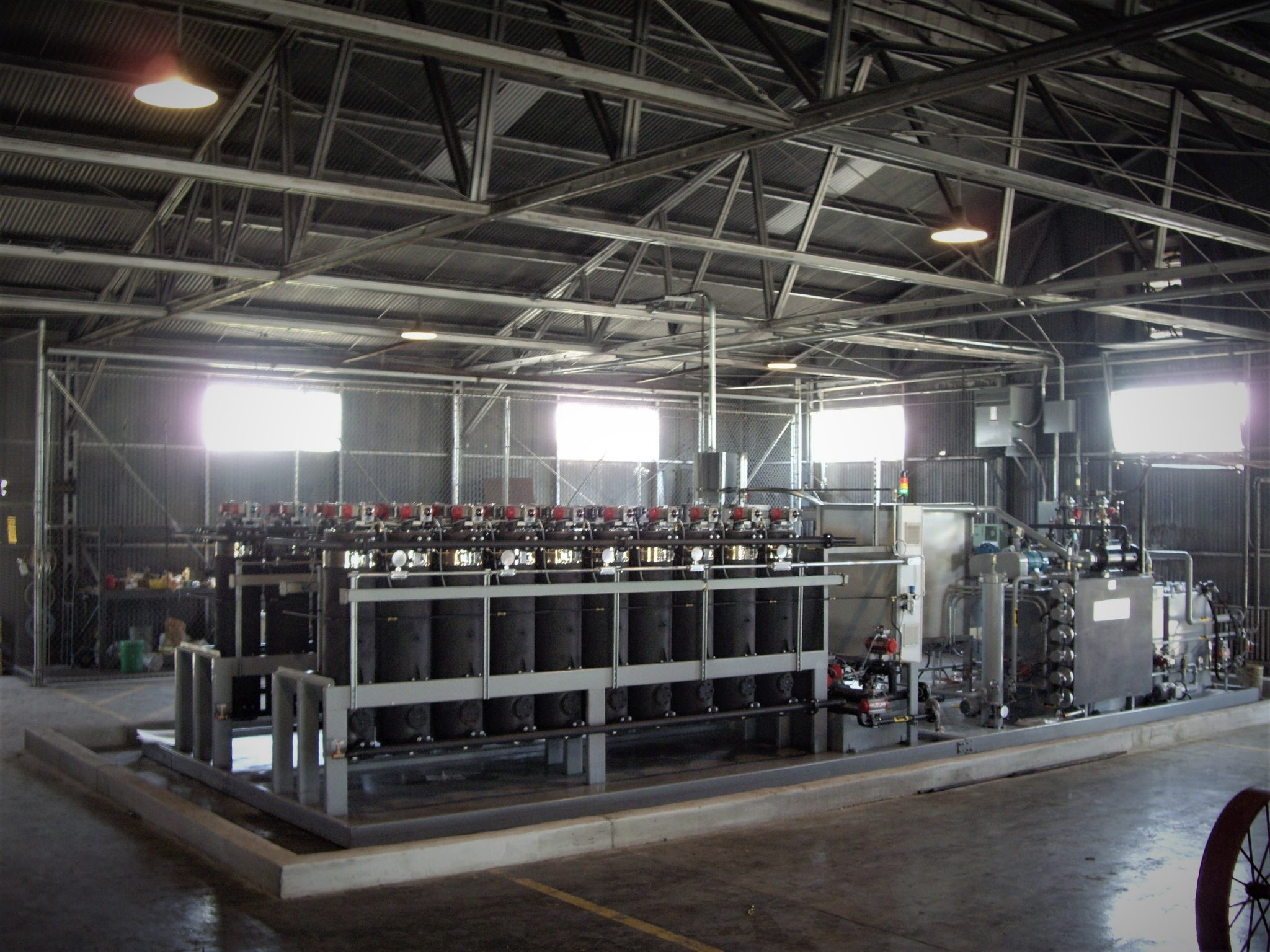 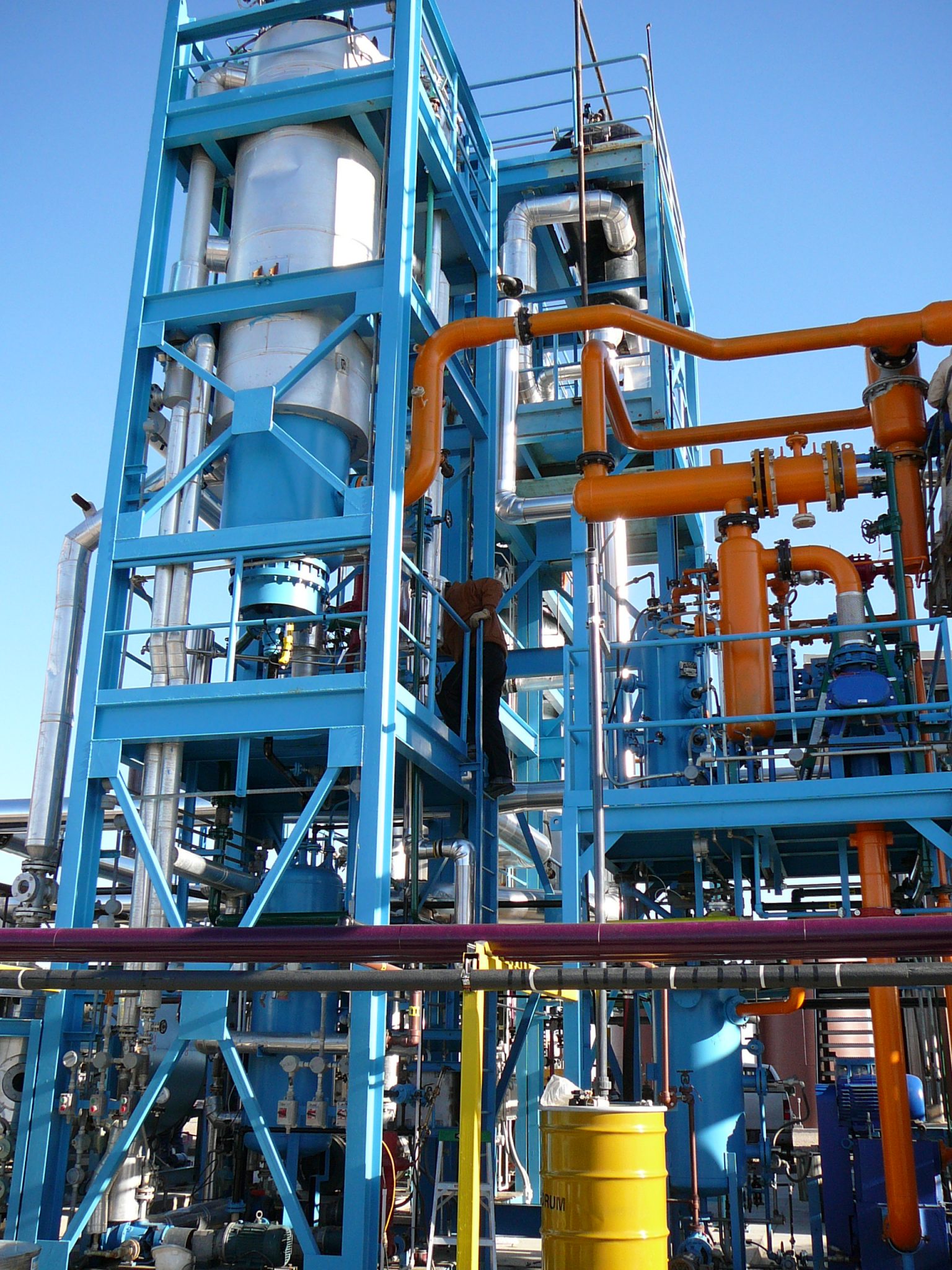 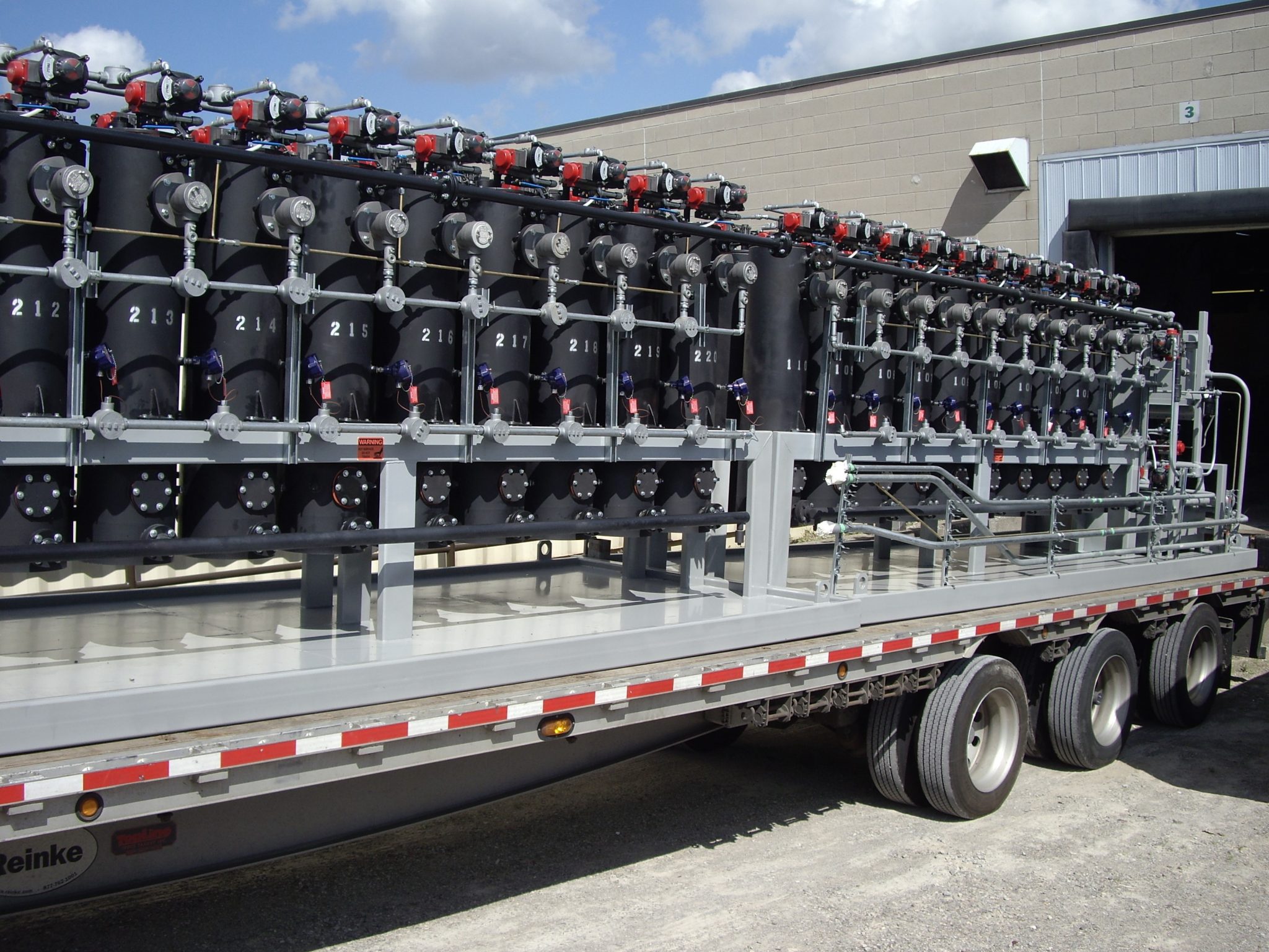 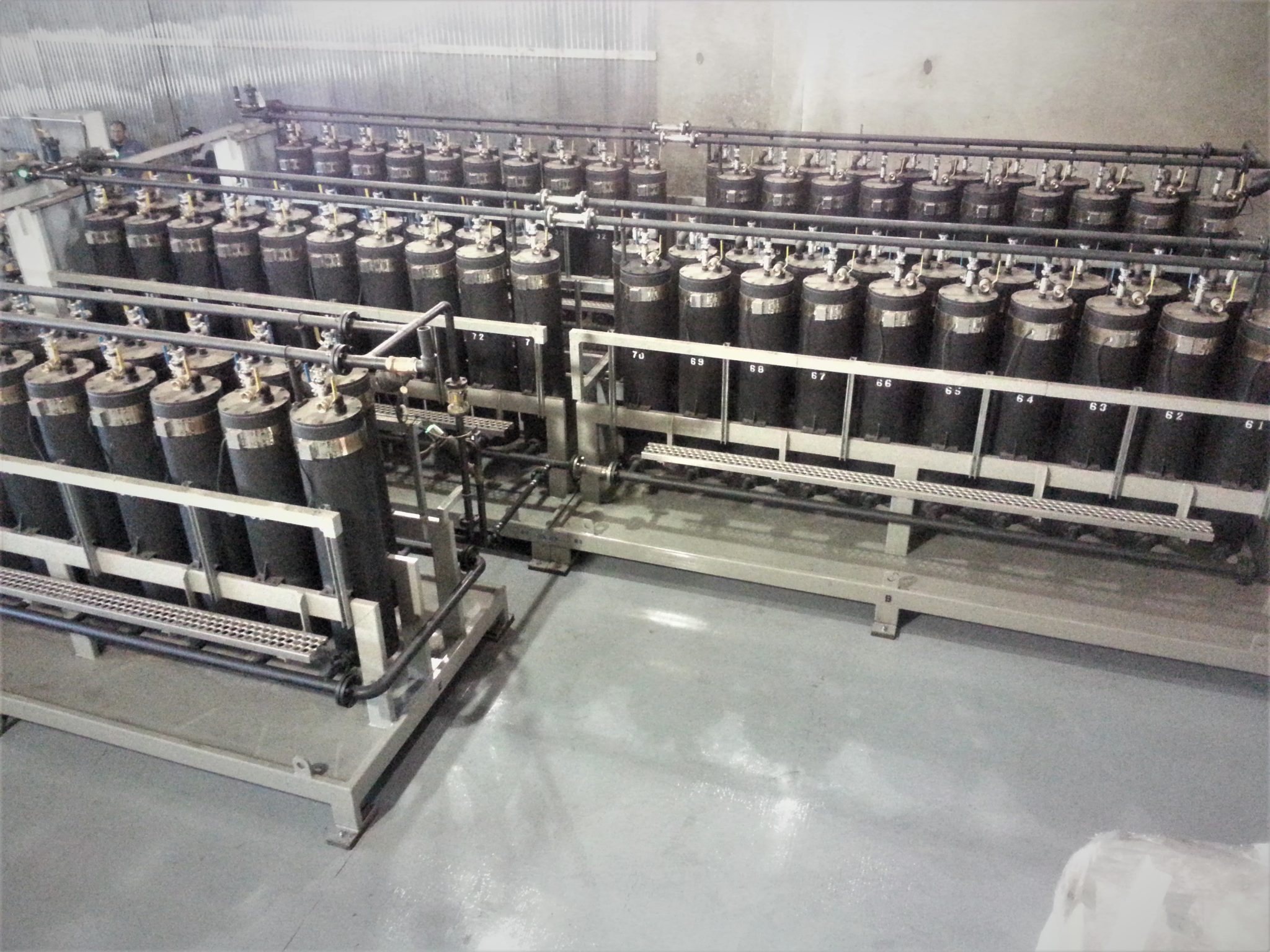 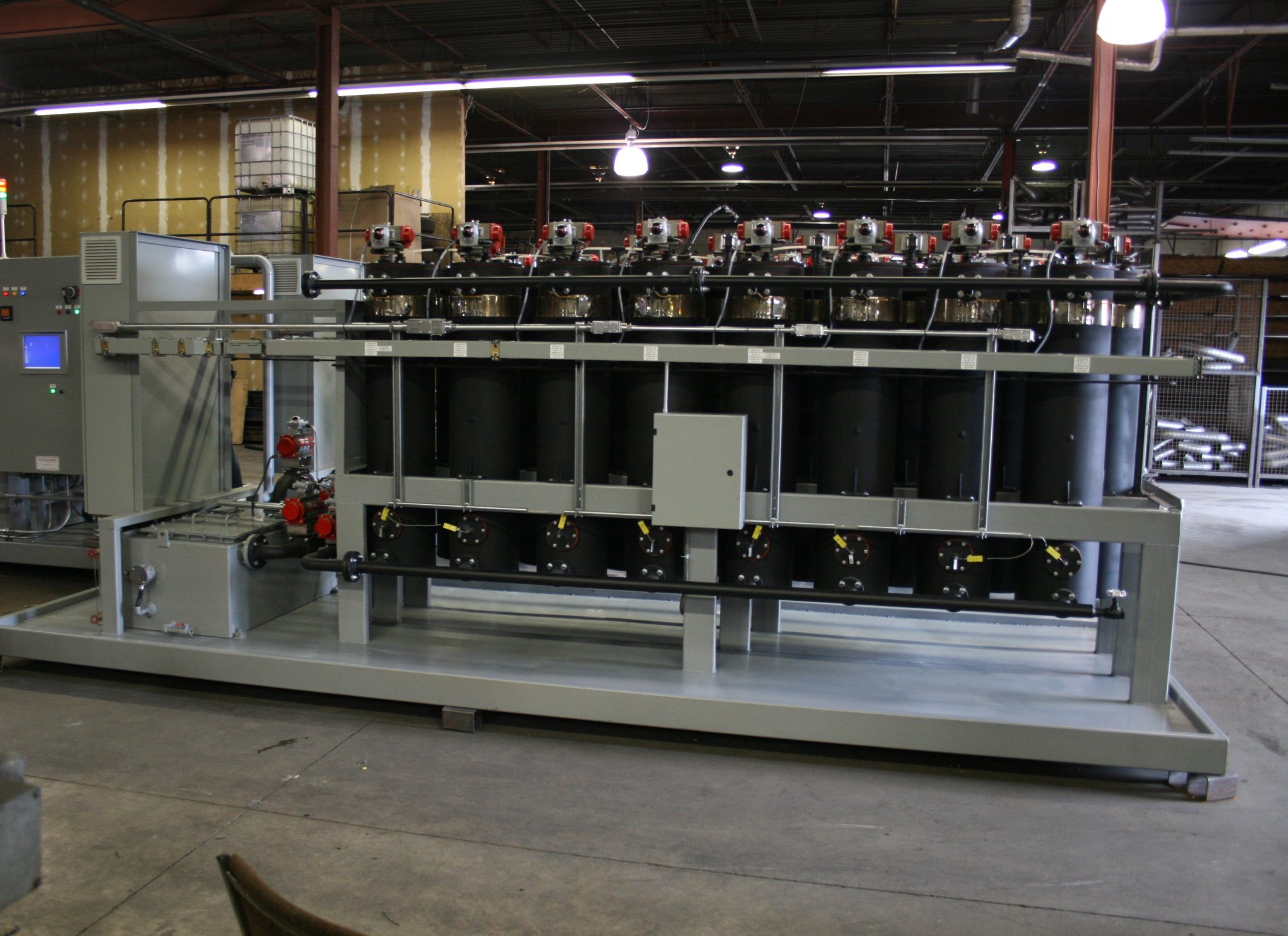 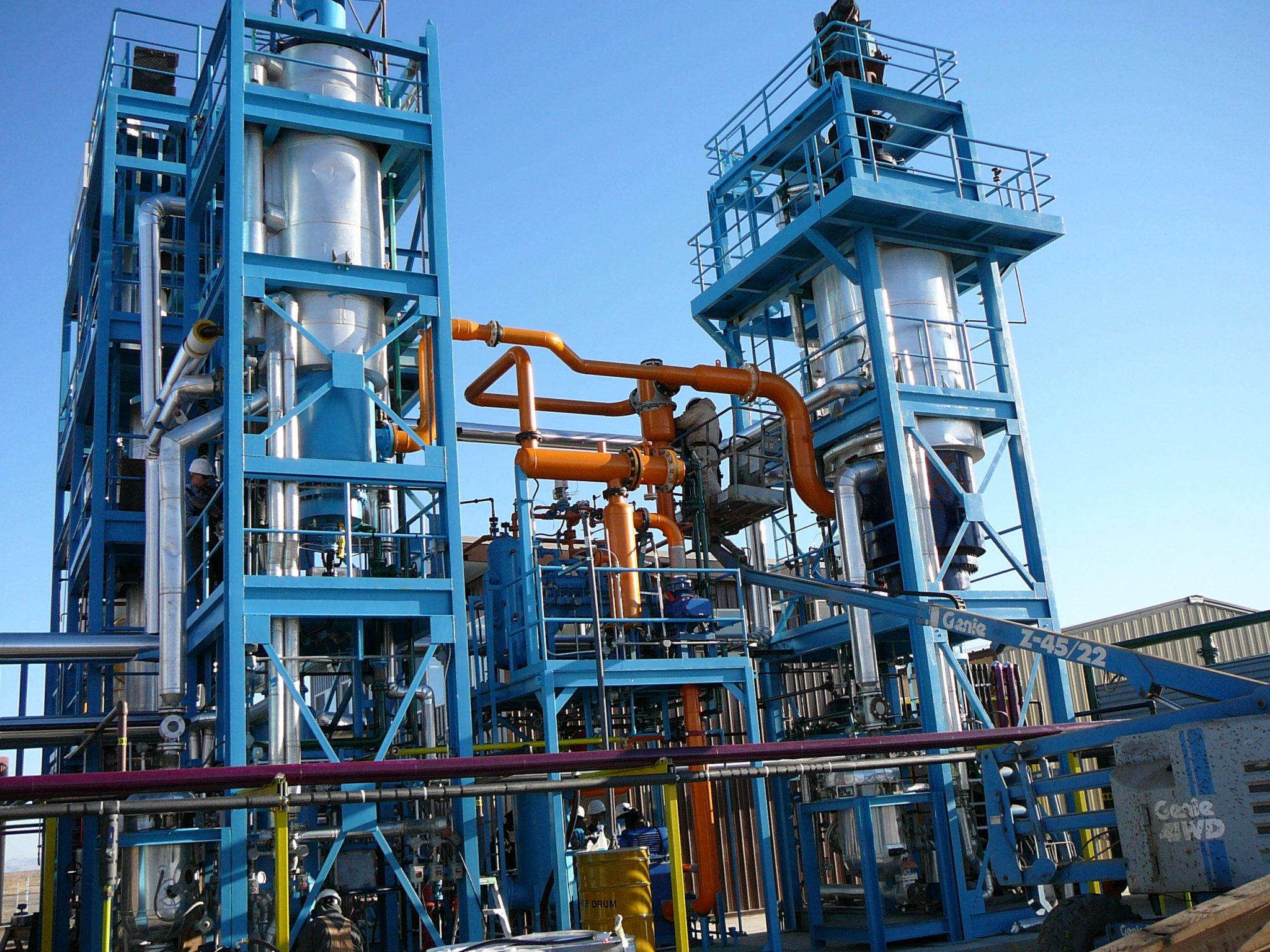 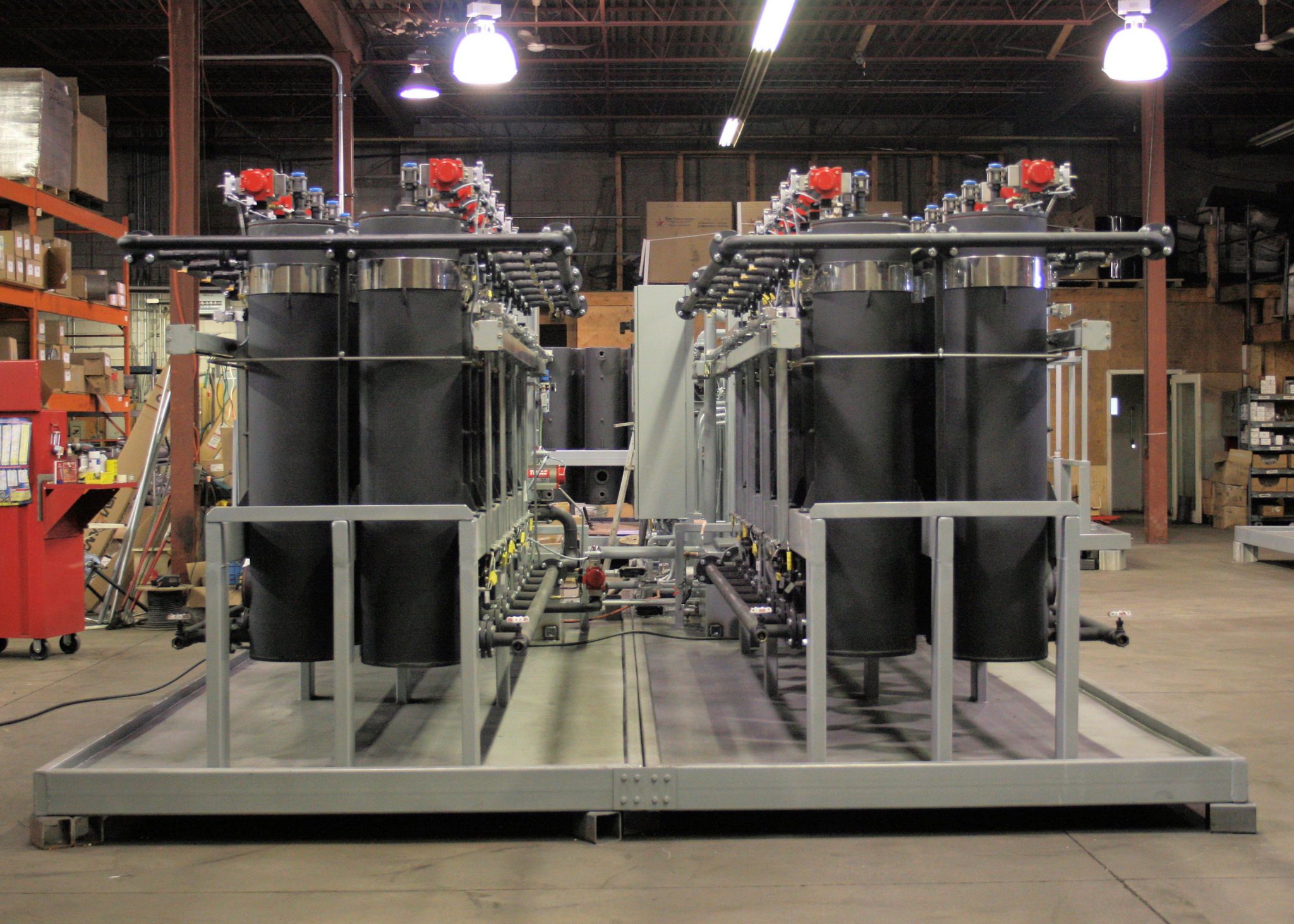 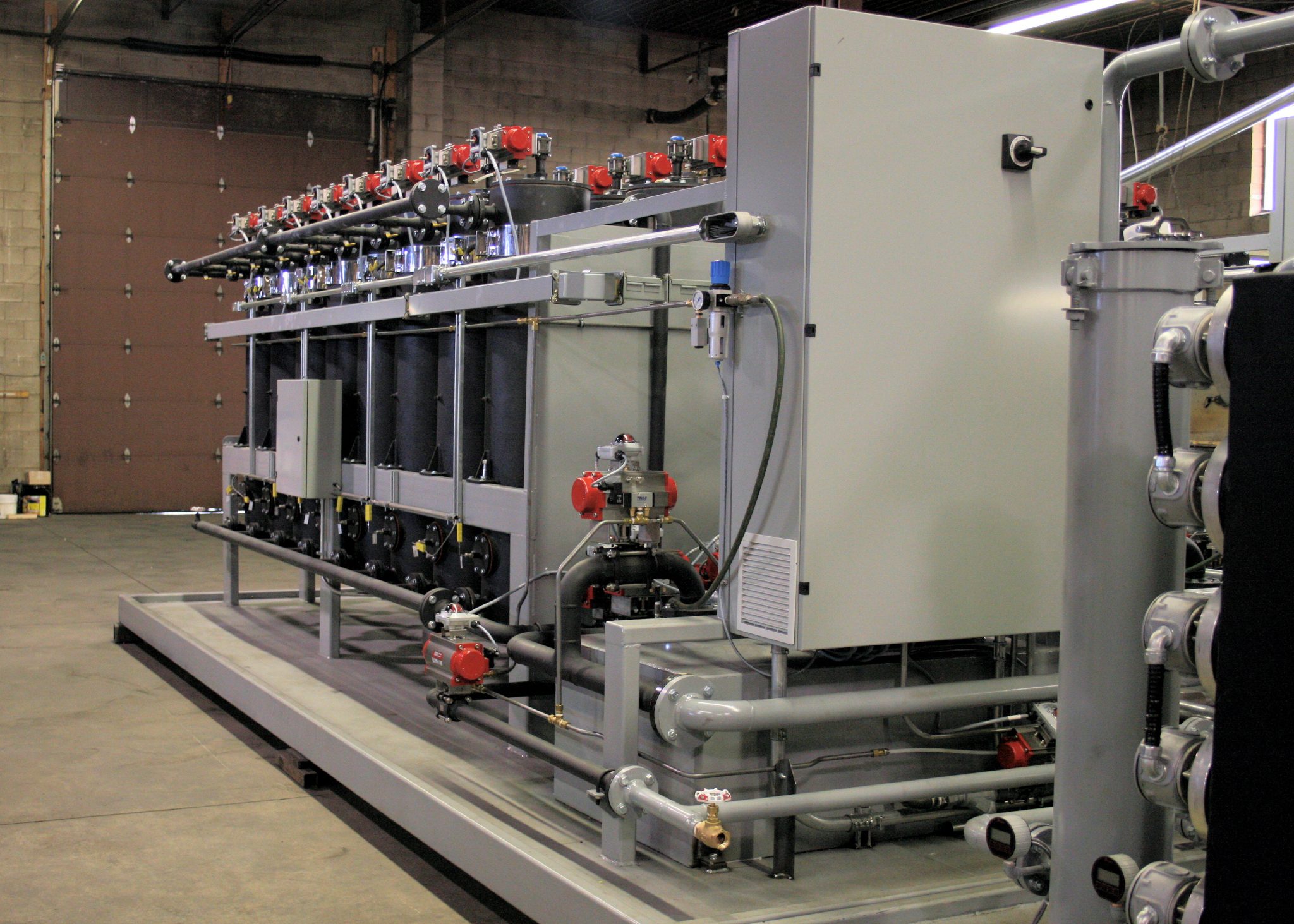 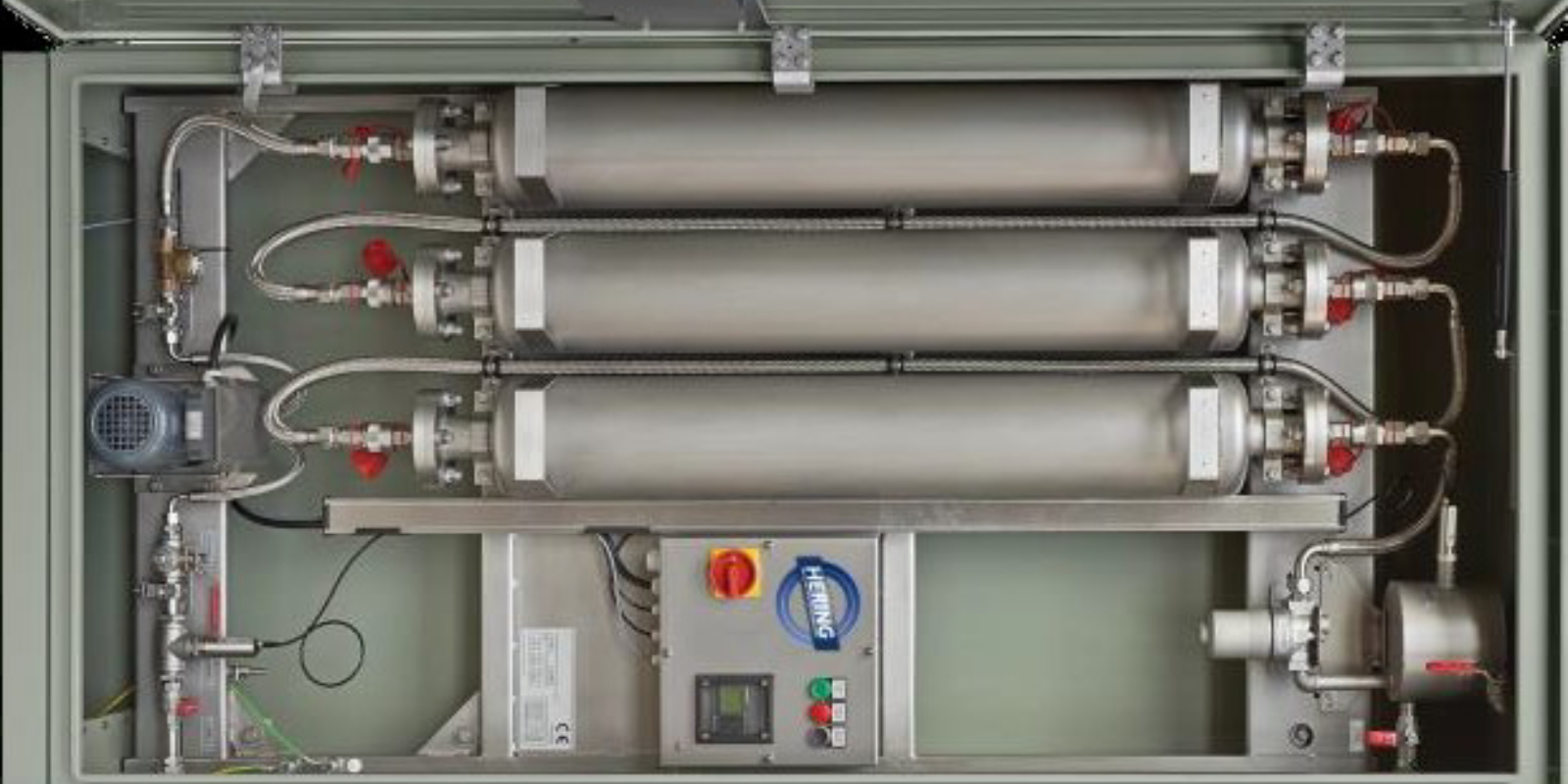 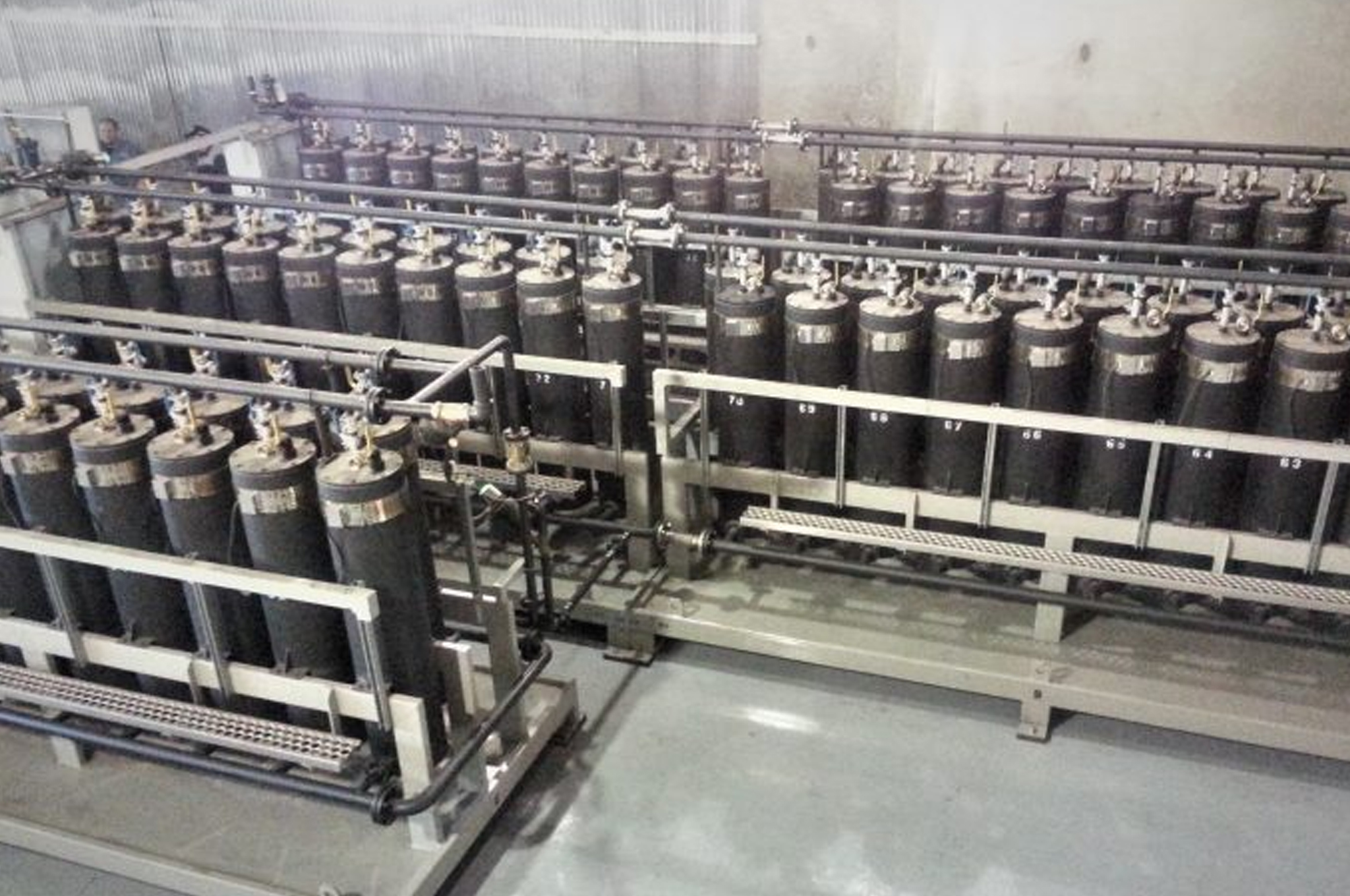 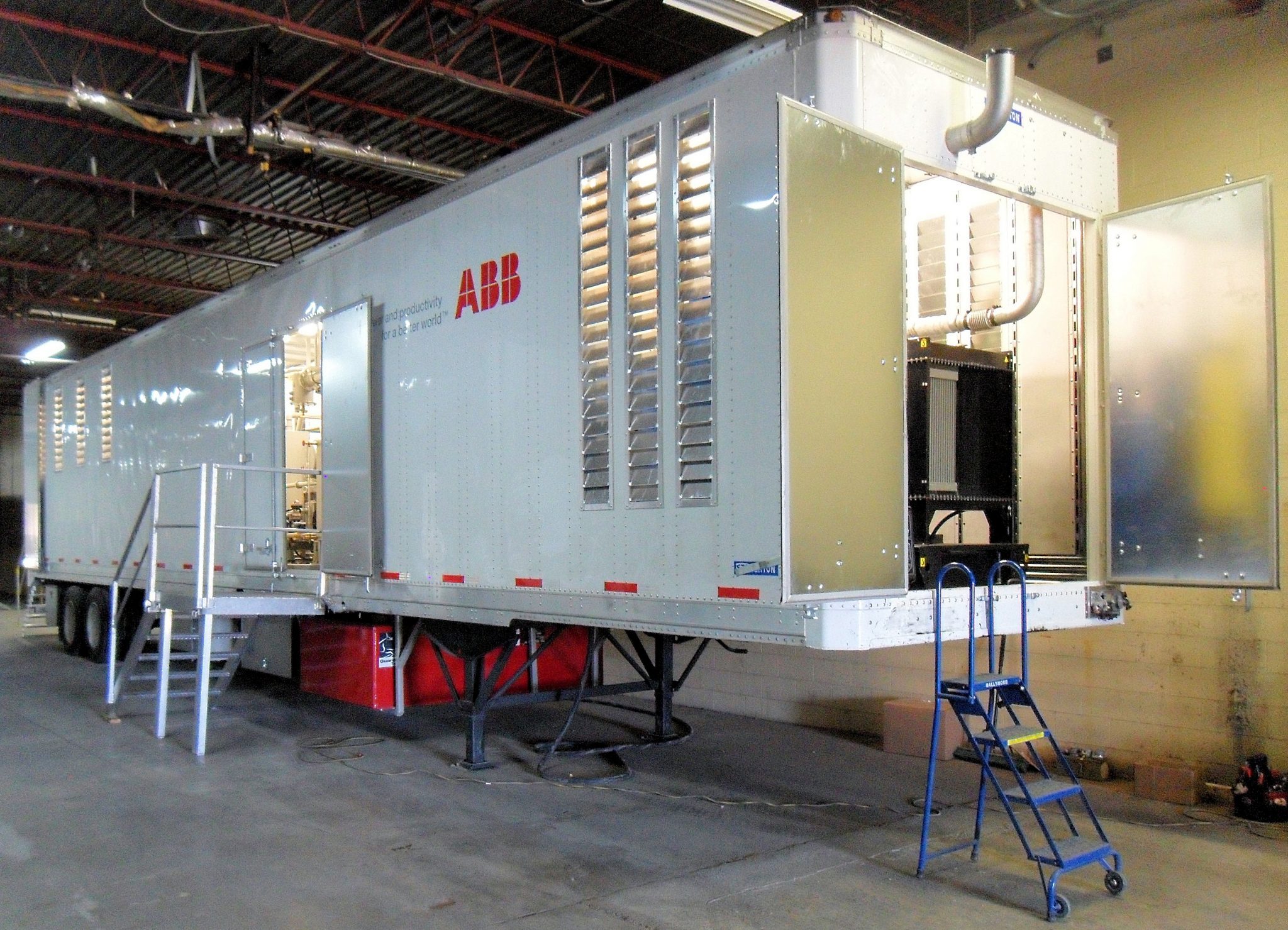 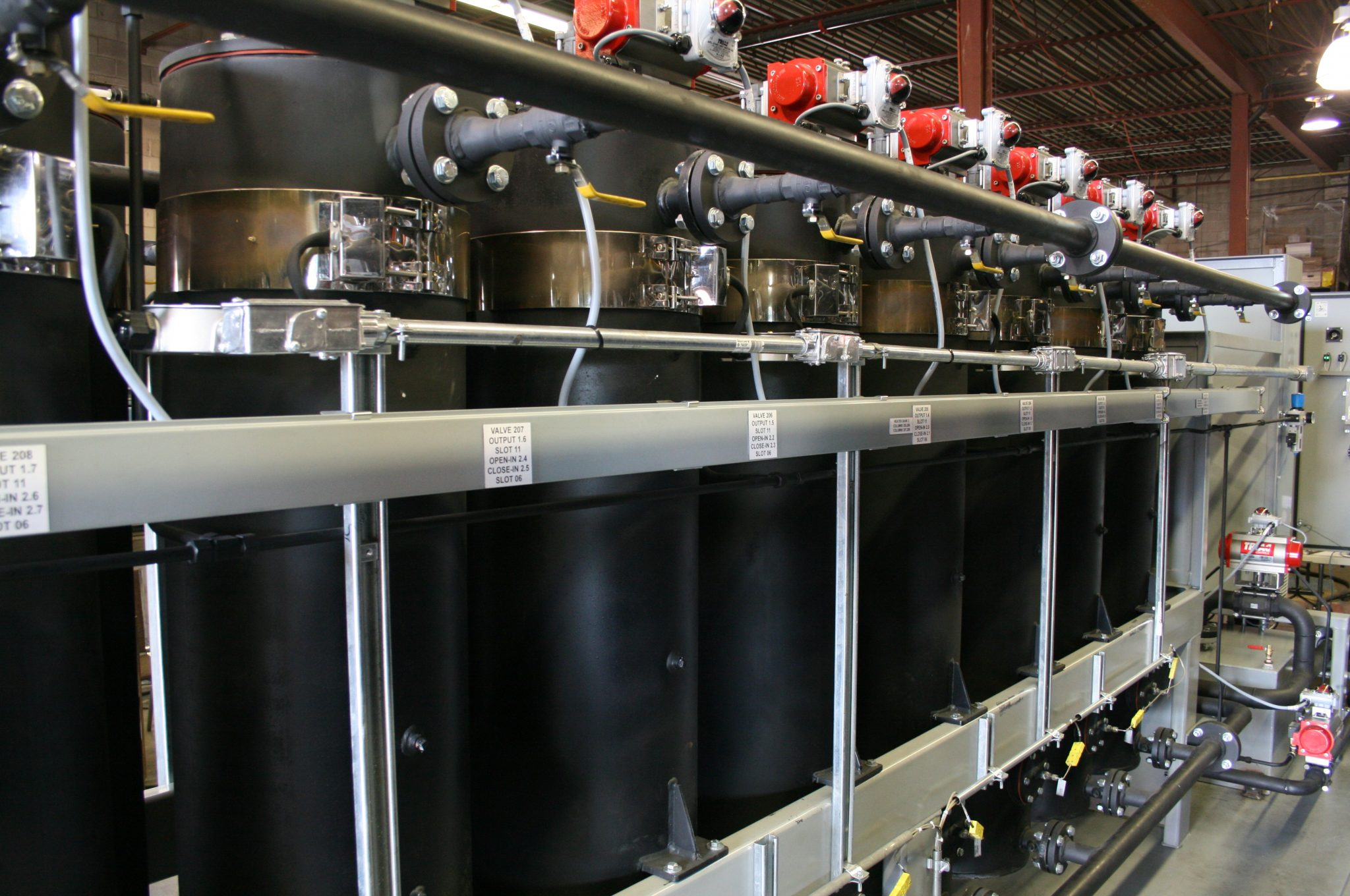 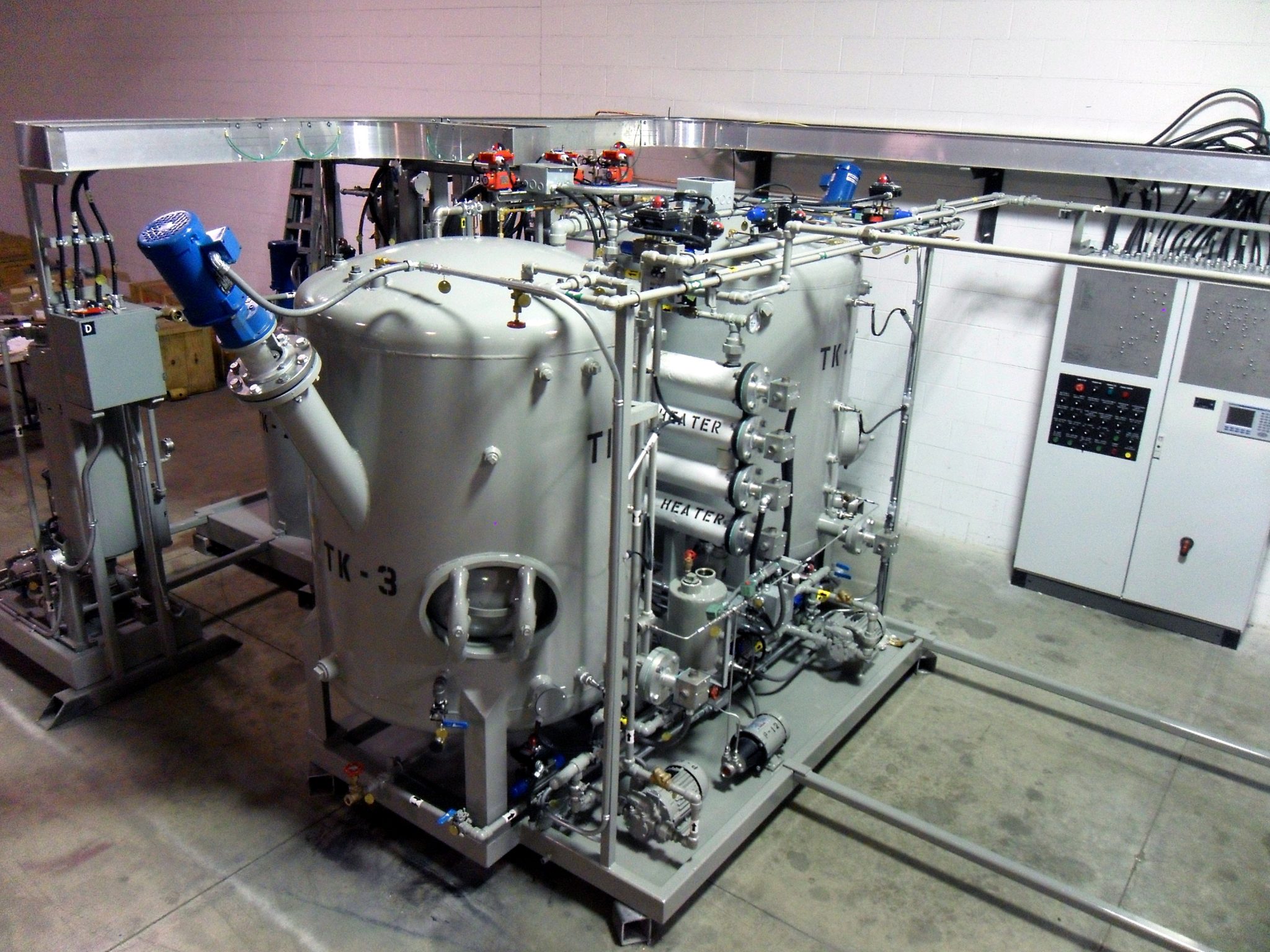 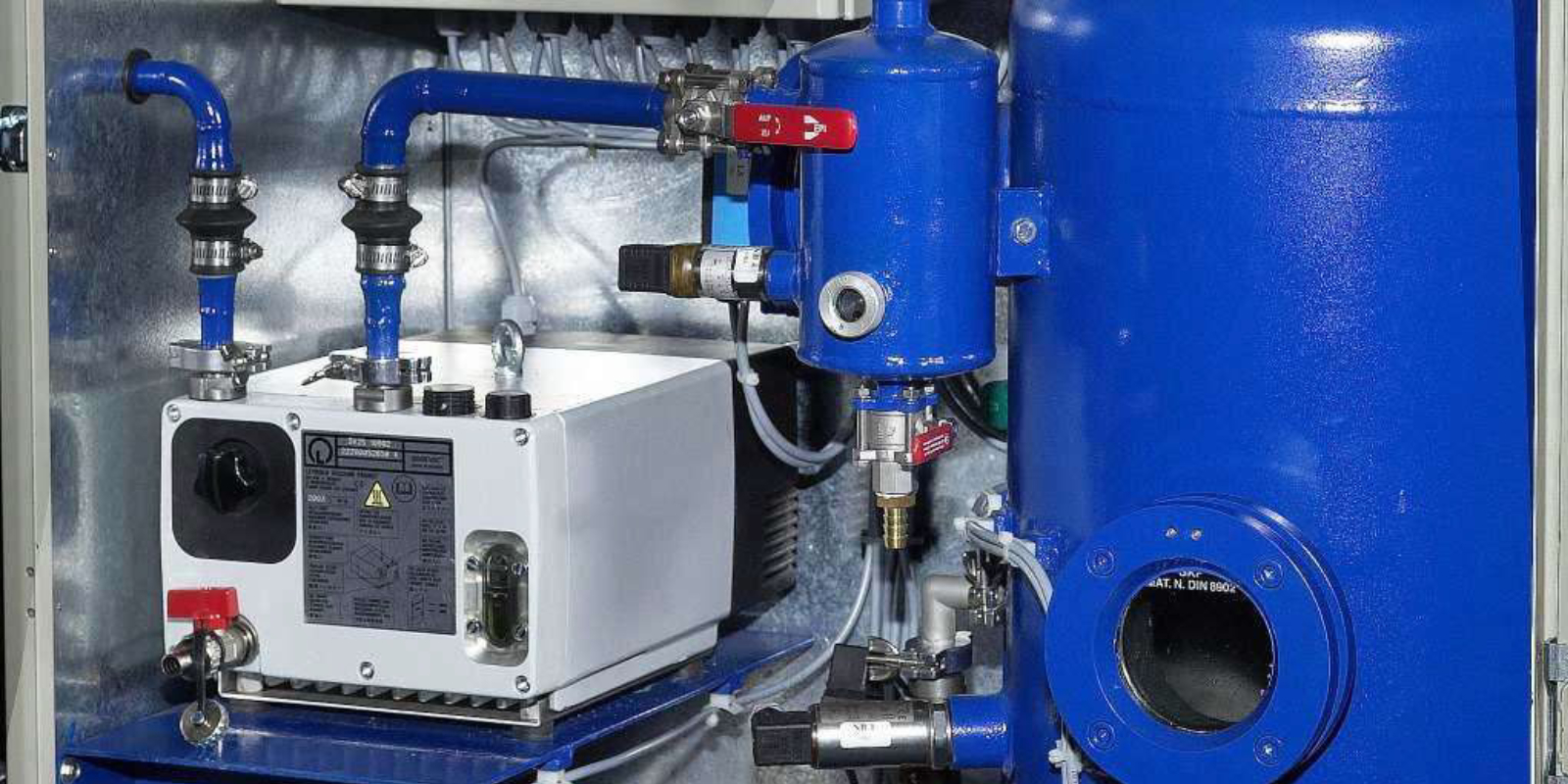 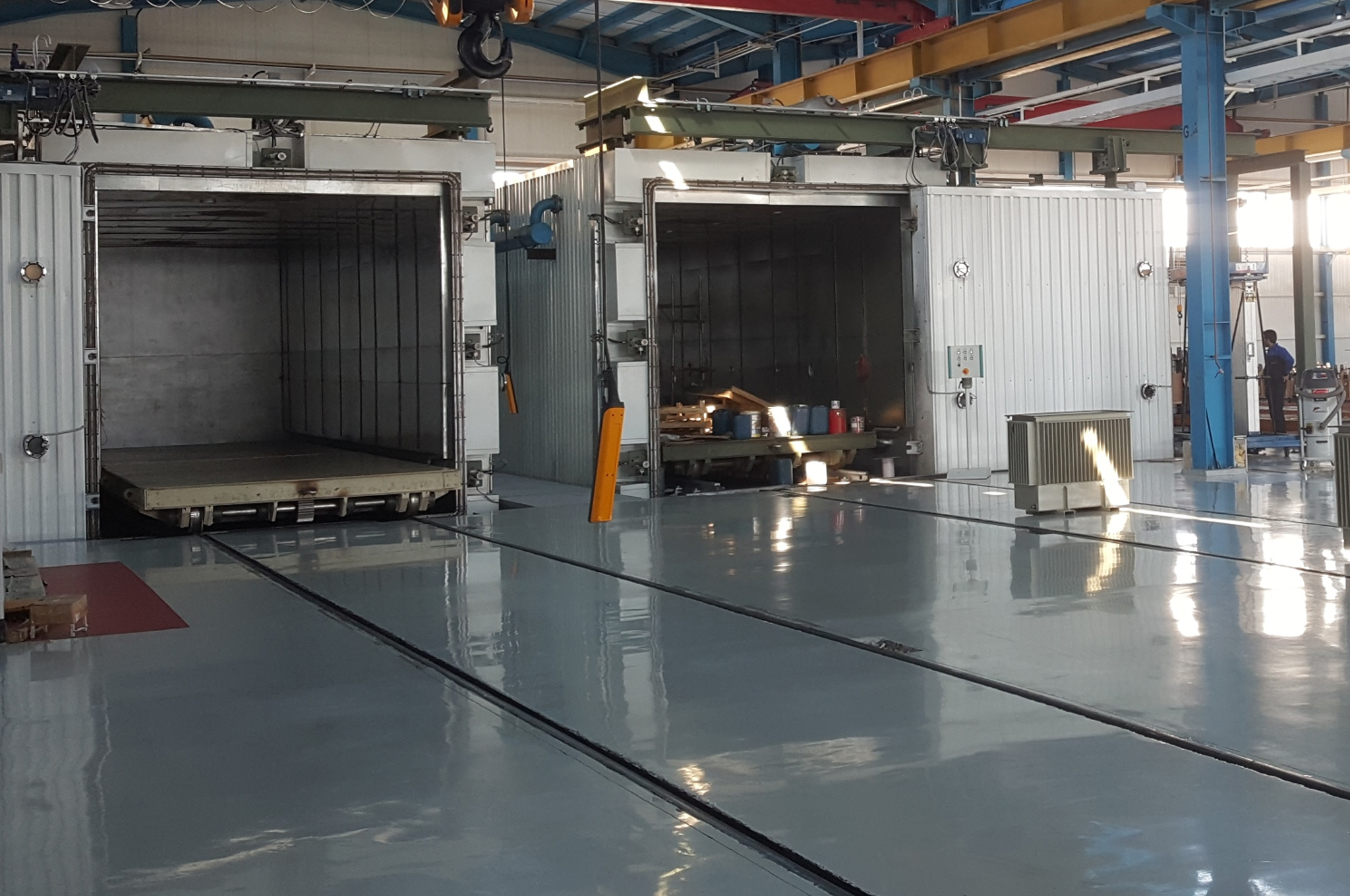