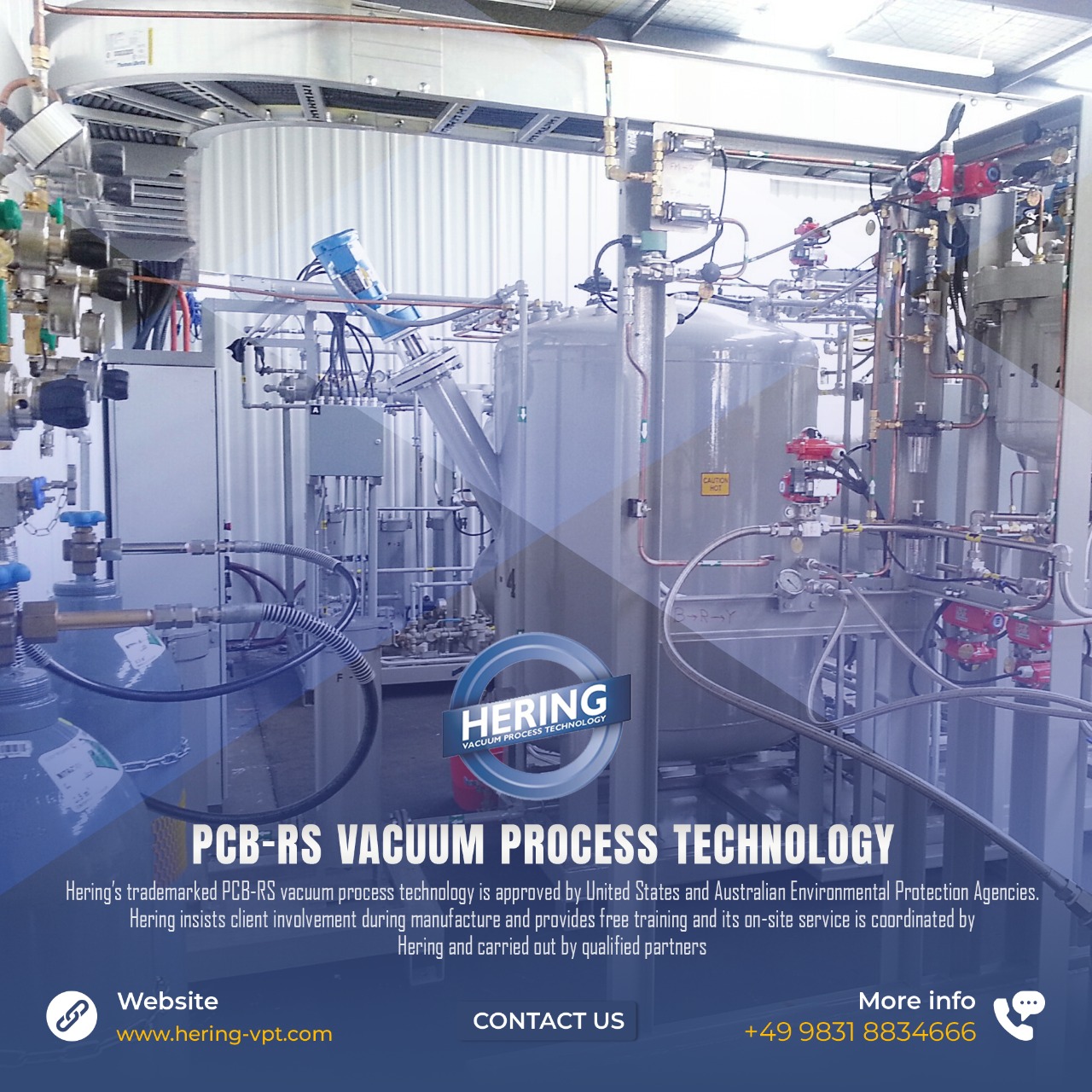 PCB was widely used for commercial purposes between the 1930s and 1980s, of which transformer oils were one. They were banned in the 1970s through the Stockholm Convention on Persistent Organic Pollutants. Not only are they harmful for humanity but also equally dangerous for transformers by itself.

When left untreated, the transformer fails to function. To reuse the transformer oil, PCB content must be removed efficiently and reliably. Such reduction also conserves resources and enables safer disposal.

Apart from causing damage to the transformer they also cause harm to mankind and the environment. They cause chronic toxicity and are found in ecosystems and humans. Their adverse effects in humans include impaired reproduction, cancer, neuro developmental effects in infants and immunotoxicity.

The evaporator and centrifuge system are replaced by a multilayer capillary column which reduces the reagent to less than half of that required for previous columns. Through this screening method, evaluation of the screening performance is proved with a random variable which is also uncertain.

In critical fluid extraction methods, solvents are employed in such a way that allows extraction conditions including pressure, temperature and flow rate to be adjusted to separate PCB from the liquid. In solid phase extraction of PCB from transformer oil, problems associated with liquid liquid extraction such as ‘incomplete phase separations, less than quantitative recoveries, use of expensive and breakable glassware, disposal of large quantities of solvents,’ are averted.

SPE and Gas Chromotograph analysis resulted in good recovery and accuracy with little solvent and low analysis cost. Critical fluid extraction is also comprehensive, rapid and can be automated.

PCB contamination which measures more than 50 ppm is removed by using organo-sodium reagent such as sodium naphthalenide in carrier solvent like tetrahydrofuran which is added to the contaminated oil. The ‘Parker et al’ procedure as it is known, is a multistep procedure which involves formation of organosodium reagent, incorporation of the compound into PCB contaminated transformer oil, minimum two hours of reaction, water quench, distillation and purification steps.

Transformer oil contaminated with 74 ppm of PCB is removed through irradiation. Through this method, PCB transforms into non hazardous material. The dechlorination process involves concentrated solutions of PCB where 2 propanol with or without water, ethanol, 1,2,3,4 tetrahydronaphthalene and tetrahydrofuran were used as solvents. Higher temperatures and presence of sodium hydroxide are mandatory for this effectual dechlorination method.

Hering not only removes PCB contamination from transformer oil, but also restores the transformer oil to good as new state. Preceded by initial dehalogenation, Hering PCB-RS PCB dechlorination system strips chlorine atoms from other molecules and obtains PCB free sludge. Such waste can be disposed of as regular non PCB waste that leaves no footprint. Besides, the entire dechlorination is executed by Hering at a low operating cost.

Unlike electron beam irradiation which mandates high temperature, Hering PCB removal method requires a low temperature chemical process which employs dehalo alkali dispersion to chemically decompose PCB. A sludge which is free of PCB, dioxin and furan, is obtained through high speed centrifuge which is then processed through Hering EOK TORS or Hering TORS system.

The resulting transformer oil surpasses initial specifications of the input transformer oil. Hering system removes PCB contamination concentrations from 2000 ppm to less than 1 ppm in a single circulation. The recovery rates are more than  99 per cent while the operating costs are less than 0.15 EUR per litre.

The nitrogen module that follows, provides an inert nitrogen blanket over the chemical reaction and promotes the sodium dispersion’s movement around the system. The PCB content is neutralized in chemical reaction taking place in one or more tanks.

The reaction is complete in 20 minutes and the PCB free oil and sludge which is pumped to a vertical disk stack self cleaning centrifuge, where they are separated. The oil is dispatched for further treatment if required and the sludge is dumped as industrial waste.

Besides the unbeatable German precision and century old expertise in processing transformer oil, Hering boasts of efficient and robust designs which are easy both to operate and maintain thanks to the high quality components sourced from Germany, West European and North American brand manufacturers.

Hering’s trademarked PCB-RS vacuum process technology is approved by United States and Australian Environmental Protection Agencies. Hering insists client involvement during manufacture and provides free training and its on-site service is coordinated by Hering and carried out by qualified partners.