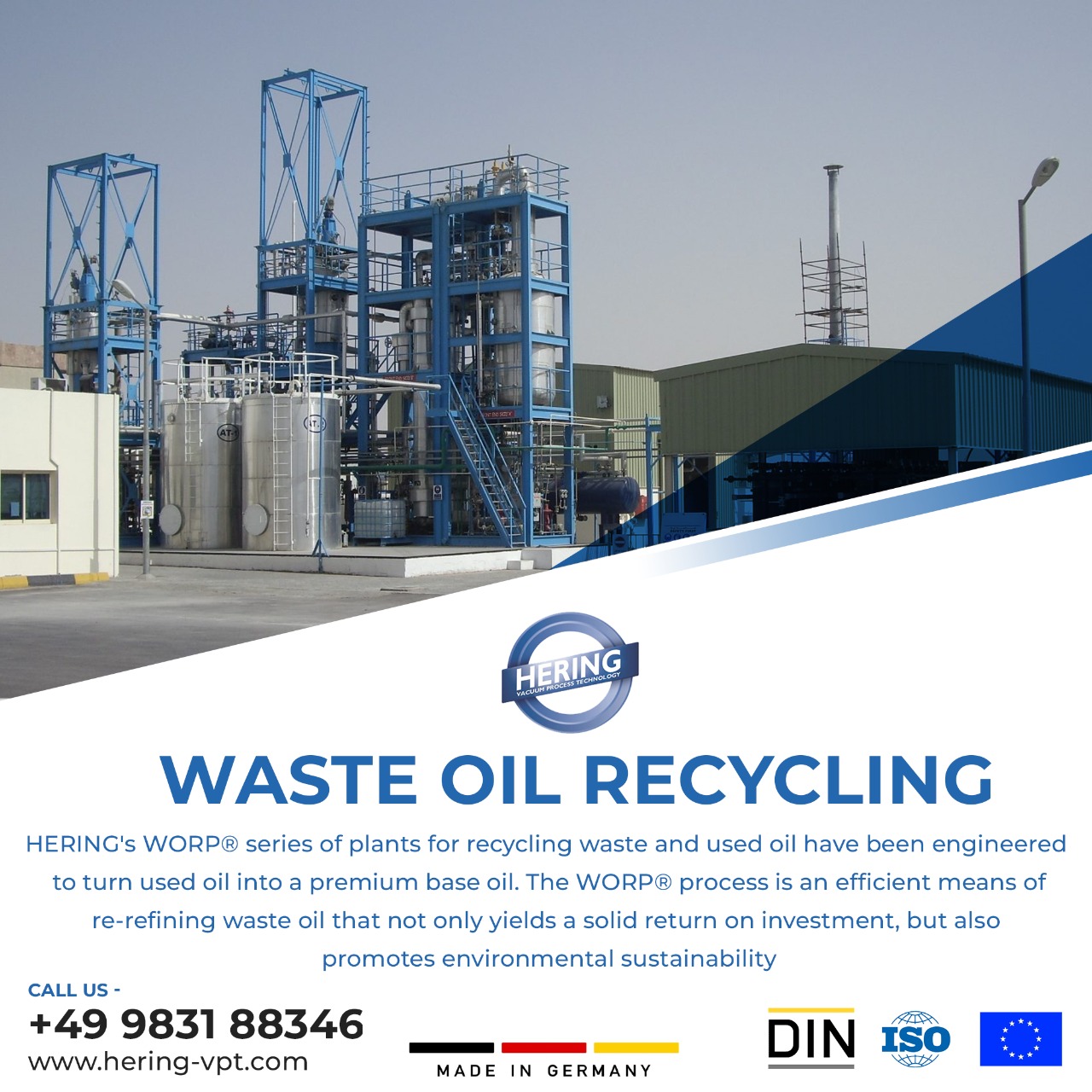 What is Waste Oil Recycling?

Waste Oil Recycling refers to used petroleum products which have degraded and are no longer fit for their intended purposes. It is interesting to note that waste oil and used oil do not mean the same. While used oil refers to oil which has served its purpose for more than once, waste oil refers to contaminated oil.

Since torched or carelessly poured waste oil is hazardous to the environment, initiatives have emerged to dispose of it safely. New techniques for treatment and removal of waste oil reduce such environmental risks and re refining activities promote sustainability.

Before recycling waste oil, handling it is almost an art. Waste oil must be stored in their original containers and periodically checked for leakage. It is not advisable to store waste oil in containers which earlier stored antifreeze, paint or chemicals.

Recycling waste oil gives a plethora of multidimensional benefits which not only favor the environment but also gives profit benefits in the form of savings. Speaking about savings, recycling waste oil not only postpones the company from purchase of new oil, but also minimizes demand for fossil fuel.

Growth of waste oil demand is directly proportional to the growth in the car industry which in turn recycle and repurposes used oil. More manufacturers and technology companies intend to collaborate with the global waste oil sector so that harmful carbon dioxide emissions are mitigated.

Sulfuric acid white clay refining process is chronologically the earliest used method which uses enormous sulfuric acid and white clay in pretreated waste oil to distinguish water and light hydrocarbons. Such treatment collects impurities in the form of sludges which settle within 16 to 48 hours after which they are removed from waste oil. However it still causes pollution since oil saturated white clay is challenging to be handled.

Solvent extraction uses organic solvents to separate additives, oxidation products and sludges whose crude product is separated by employing white clay. N methylpyrrolidone and furfural replaces propane as solvents owing to their low toxicity and better energy saving attributes. The increasing price of N methylpyrrolidone and tough and costly recovery of this solvent, is a drawback to this method.

Thin film evaporation technology which forms liquid into a film to enhance evaporation for waste oil treatment reduces both heat transfer in the chamber and coke formation. Despite using Vaxon process which gives high quality product oil compared to Eco Huile, the quality is less than that of solvent extraction process. Any modifications or collaborations with other technologies make the process costly.

Membrane separation technology is environmentally compatible, simple, safe and efficient. It reduces both loss of raw material and use of white clay. An infrastructure which includes hollow fiber polymeric membranes such as PES, PVDF and PAN remove metal particles and dust besides promoting viscosity and flash point of the treated oil.

However the method does not produce satisfactory results owing to the complex components and high level of impurity found in the waste oil. It also has drawbacks such as concentration polarization and membrane fouling which limits the use of this method.

With smaller footprint and desirable conversion costs, the non-cracking evaporator technology produces medium viscosity base oil, low viscosity and high viscosity cut, whose residual sludge is sold as asphalt extender. Hering’s RCPS and AMPS polishing systems minimize waste which can be directly disposed of at landfill without any pre-treatment.

While low throughput produces diesel for trucks, medium throughput provides base oil for blending plants and high throughput is used by national recyclers or those intending massive collection. RCPS and AMPS slash the sulfur content substantially.

While the front end ensures proper pretreatment of used oil, the back end focuses on improving color, sulfur content and odor of the oil besides removing unwanted chemical substances.

While boasting low operating costs, flexible operating modes such as parallel mode operation in single pass, the modular system has flexible layouts which can be shipped effectively. The Waste Oil Recycling Plant accommodates global voltages and frequencies and serves customizable plant sizes. Hering encourages client participation in the setup of the plant and loves to support them round the clock throughout the year.