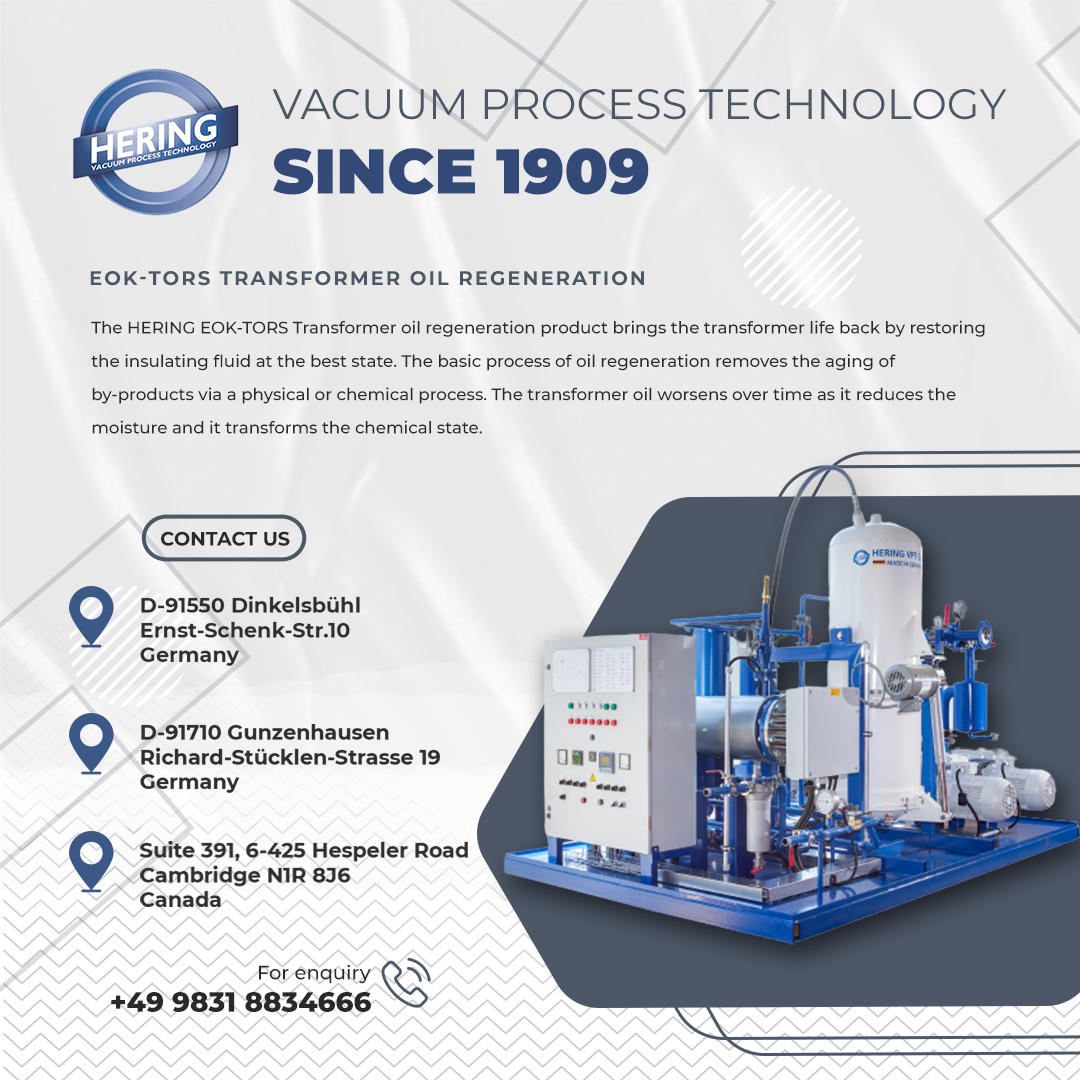 Mineral-based oil used in transformers has chemical properties and dielectric strength which enables its function as insulator and cooling agent. The ability of the transformer is defined in its physical limit of energy transfer. The energy limit of the transformer depends on the loading profile in a given temperature.

Energy limit of transformers in a cold country like Russia differs from those in warm climates like France or South East Asia. Operating transformers within its energy limits avoids high-temperature stress and maximize energy transfer potential.

Though naphthenic oil was considered a superior choice for transformer oil, paraffin-based oils gained prominence owing to their zero sulphur content. The absence of sulphur is impossible in naphthenic oils.

Naphthenic based mineral oils are preferred in cold places since they have low pour point in low temperatures owing to low wax content. Which is enhanced by its thermal cooling capacity and availability. However, naphthene based oil which has a boiling point at 425 degree celsius, has high fire risk and is becoming scarce owing to its poor biodegradability.

Naphthene based transformer oil has good heat distribution capacity and flows well in low temperature besides having zero wax content. Oxidizing quickly is not an issue since the product that results is soluble and does not hamper the transformer’s cooling capacity.

Naphthenic based oil must be frequently tested for sludge formation, corona discharge and arcing shocks. The aromatic compounds in naphtha-based transformer oil account for its fluidity in temperatures as low as minus 40 degrees Celsius.

Naphthene based transformer oils are used in India, despite its high pour point and the country’s warm climate owing to its availability here.

Paraffin-based oil on the other hand contains wax which contributes to its viscosity. Its boiling point is 530 degree celsius and oxidation products are insoluble. The paraffin-based oil, which is obtained from paraffinic crude oil through solvent separation methods, displays viscosity in high temperatures. Despite low oxidation rate, sludge is formed which halts heat dissipation.

Since viscosity of paraffin based oil does not fall as quickly as that of naphthenic-based oil, the former does not cool transformers as effectively as the latter. The low viscosity of naphthenic oil translates to better circulation and better cooling.

Paraffinic oils are not compatible with rubber seals and cause leakages. Hence naphthenic oils are used in rubber compositions which solve the leakage issue.

Prospects of vegetable oils for transformer use

Though the above-mentioned mineral oils are gaining popularity as transformer oils, alternatives are sought owing to their fire risks and low biodegradability attributes. Experiments are conducted to compare the physical and chemical characteristics of mineral oils versus vegetable oils and the feasibility of the latter in transformer usage. The tests are conducted in accordance with procedures including IEC 60156, IEC 60245, and IEC 61125, which highlight resistivity, dissipation factor, conductivity, viscosity, breakdown voltage, moisture content, and flexibility in presence of the electric field.

Hering employs its transformer oil purification or degasification plants backed by century plus competence to remove sludge in transformer oils. The plant reduces boiling point by minimizing pressure, while oil is heated to evaporate moisture content. Other contaminants are removed through the filter system.

Hering’s systems are known for their robust design, longevity, reliability, ease of operations and maintenance. Clubbed with German precision, the plants are custom-made as per client requirements.