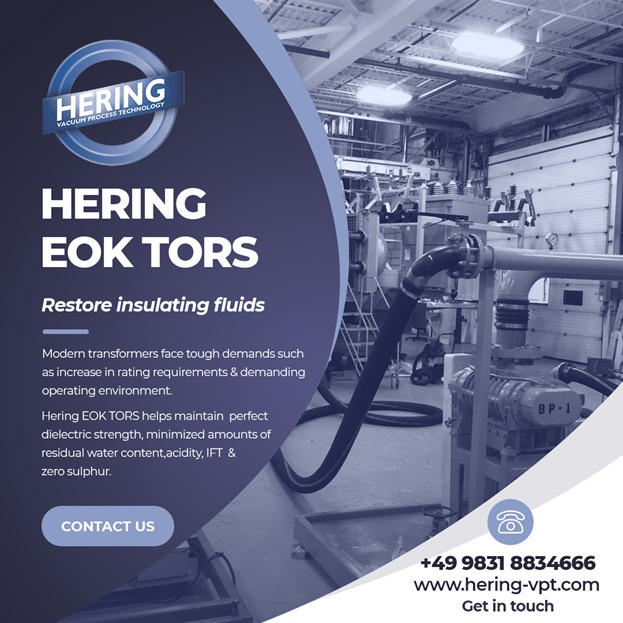 There is a growing interest in the study of the aging behavior of processors, given their importance in the feeding system. These studies help to acquire valuable information that could help extend the life of these assets and maintain their reliability. Studies on aging have become increasingly important recently due to the large operating aging asset population. The majority of transformers in use today are oil-immersed, with cellulose as a solid insulator. The oil, in addition to working as a cooler, also serves as electrical insulation.”

The aging of a transformer is mainly governed by the aging of the paper and oil insulation system. Eventually oil and paper will age, products such as acids and moisture generate aging, the increase of which further enhances the aging process. It is thus vital that these aging by products should be identified and removed from the system at a suitable point in order to hold back the aging process. A public service can use a variety of intervention techniques to improve the condition of oil and paper by removing moisture and acid by-products from aging. From these techniques, oil regeneration has recently become more attractive as a life extension step to defer investment costs. The lifespan of a transformer is usually defined by the lifespan of the solid insulation (paper and press) present in the transformer. The aging of paper and oil produces many by-products, including moisture, acids, gases and other compounds. By dissociating some of these acids, such as LMA, the hydrogen ions produced resulted in a self-catalyzed reaction to contribute to further degradation of paper by hydrolysis.”

The aging of paper and oil can be monitored by measuring the by-products produced. Most often, acidity content and gases are used to speculate on the age of oil/paper. Recently, methanol has also been shown to be an early indicator of paper aging. The assessment of the aging of the oil is made by measures of acidity and humidity, while that of the paper is made by it, LMA and humidity measurements. Various technologies are available to recondition transformer insulation. Most of these technologies are not feasible offline, given the need to evacuate the entire oil tank. However, network operators prefer online treatments to avoid interruption of electricity supply. Hot Oil Circulation (HOC) is the only one that can be completed online in a cost-effective but significantly efficient way.”

Due to the promising effects of the use of HOC in combination with the reclamation of Fuller earth in improving paper conditions, from the study it is clear that the unregenerate oil performance lacks in performance as compared to regenerated oil, and is analogous when compared to new oils. In terms of the impact of oil regeneration on paper ageing, IT of paper aged in oil after regeneration decreases at a rate similar to that of paper aged in new oils, and at a considerably slower rate compared to unregenerate oil. These are consistent with previous findings that the condition of the oil, this plays a role in defining the rate of paper aging, and thus support the theory that oil regeneration could slow down the degradation of paper in the transformer by removing acid and moisture from the insulation system. The outcome of oil regeneration on oil condition has been witnessed through observing of key parameters, including TAN and moisture. Studies on the status of the document discovered a clear reduction in moisture values and LMA, which are well thought out key aging accelerators for paper, the same was attained after the oil regeneration process.

After the regeneration process DP could not point out any changes. Which only implies that circulation for hot oil for longer duration does not cause any damage to the paper. Also, in the transformer the placement of laboratory packaged paper samples prior to experiment signifies obvious enhancements in LMA values and humidity, indicating the efficiency of the regeneration process in refining paper conditions. This proof that has been provided to support the premise that oil regeneration can indeed have a positive impact on the health conditions of the oil paper processor insulation system. Estimates by aging equations and models reported in the literature also provides substantial confirmation of a reduction in the rate of aging of insulation and consequent extension of active life after oil regeneration.”

While it is evident that prolonged oil regeneration is certainly operational to improve the conditions of the paper, the implementation of the process to exercise requires fine tuning depending on various factors, including the structure of the paper. ‘insulation. transformer, material ratio, offline/online regeneration mode, etc.

Any cookies that may not be particularly necessary for the website to function and is used specifically to collect user personal data via analytics, ads, other embedded contents are termed as non-necessary cookies. It is mandatory to procure user consent prior to running these cookies on your website.

SAVE & ACCEPT
Our customer support team is here to answer your questions. Ask us anything!